Some scumbag tricked a former college football star into believing he had a tryout with the Atlanta Falcons ... and the guy says he was heartbroken and embarrassed when he learned it was all a hoax.

Juantarius Bryant -- an Austin Peay alum who was a 1st-team all-conference DB in 2019 -- says the horrible incident all went down last week after his phone rang with a 404 area code on the other line.

Bryant says the person claimed to be Falcons defensive coordinator Dean Pees ... and asked him to travel to Atlanta for a Falcons tryout on May 12.

The problem? When Bryant showed up to the facility ... he says the Falcons told him they never called.

And, when he put two and two together and realized what had happened, he says was crushed.

It’s been a rough few days, but I felt the need to clear the air and get this off my chest. Honestly ready to move on from the situation. pic.twitter.com/yUJELOstZW

"It's definitely one of the most embarrassing things that has ever happened to me and a very humbling experience," Bryant said in a lengthy statement on Twitter.

"Just want to apologize to everyone and the Atlanta Falcons organization for the mix up. I honestly thought it was a legit opportunity on my end."

Bryant was a star at Austin Peay, playing in 43 career games and logging 242 total tackles, but went undrafted following his senior year in '19.

He's been trying to latch on with an NFL team ever since ... and says the whole experience with the Falcons imposter was "heartbreaking."

"I do not know or understand why this has happened, but I do know that everything happens for a reason," Bryant said.

Bryant though, remained hopeful his NFL dream would come true someday... adding, "I'm still striving, and still in the best shape of my life."

"When the opportunity presents itself, I will be ready." 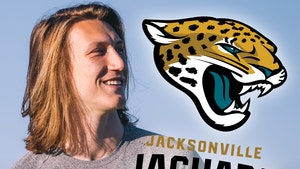 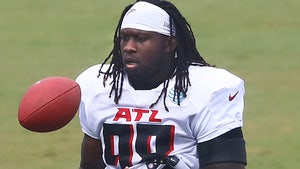