Bryce Hall and Austin McBroom couldn't wait 'til their fight date to get their hands on each other -- the two social media stars got in an all-out brawl Tuesday ... and it was violent.

Hall, one of the most popular characters on TikTok, and McBroom, a YouTube megastar, were promoting their June 12 celeb boxing match ... when suddenly fireworks ignited.

McBroom and Hall were trading jabs at Fred Segal in West Hollywood ... when Bryce got up and charged at Austin.

The two grabbed and shoved each other -- taking their violence to the floor ... and then damn-near everyone in the building hopped in to separate the guys.

At one point, someone even smashed a bottle over another dude's head!!!

Eventually, the guys all separated and the skirmish dispersed ... but it's clear -- these two HATE each other!!

In fact, after the brawl ... we got McBroom outside of the venue -- and he was PISSED at Hall for how the scrap went down.

"If he does that bulls*** on June 12, he's getting his ass knocked out. That's what's happening." 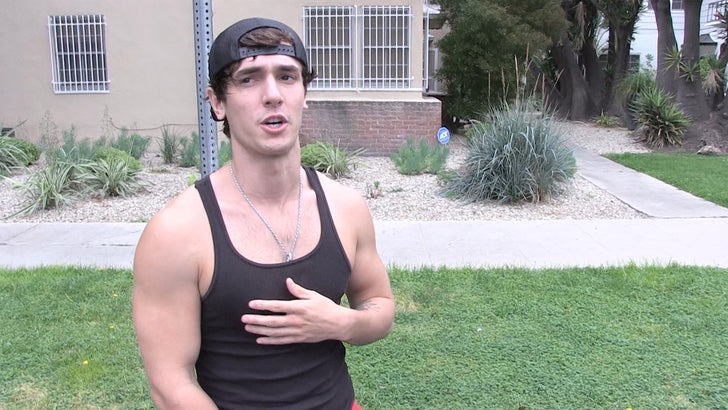 As we previously reported, 21-year-old Hall has promised to knock out McBroom during their headlining fight on the "YouTubers vs. TikTokers" card next month ... with Hall explaining to TMZ Sports he's going to use the K.O. bonus money to buy his mom a new house.

Less than four more weeks 'til the real action all goes down in Miami ... getcha popcorn ready. 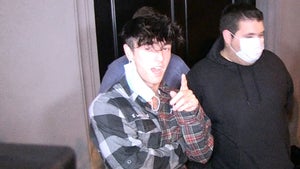