Charles Grodin -- best known as the dad in "Beethoven" and Broadway shows like "Same Time, Next Year" -- has died following a battle with bone marrow cancer ... TMZ has confirmed.

The actor's son, Nicholas, tells TMZ ... Charles died peacefully Tuesday at his home in Wilton, Conn. where he was surrounded by family, including his wife, Elissa. It's unclear when Charles was diagnosed with cancer but we're told Charles' health had recently deteriorated.

At this point ... we're told the family has no plans for a funeral. The family asks that donations be made to the charity of your choice in Charles' memory.

Charles' career in showbiz spanned decades. He earned his first big break in 1962 after landing a part in the Broadway comedy "Tchin-Tchin." Just a couple of years later he appeared in the Broadway show "Absence of a Cello."

Charles, who also directed 2 Broadway shows, had his first breakout performance on Broadway in 1975 with "Same Time, Next Year" ... starring opposite Ellen Burstyn.

His other signature role came in 1988 when he played an accountant in "Midnight Run." He had been on the run after embezzling a ton of dough from the mob. The bounty hunter tasked with going after him was one, Robert De Niro.

Mainstream audiences learned to love his affable characters ... such as in the 1972 rom-com "The Heartbreak Kid" ... yup, the original film Ben Stiller remade in 2007.

Charles, who dropped out of the University of Miami to pursue acting, ingratiated himself with millennials with the 1992 comedy, "Beethoven" ... which had an $18 million budget but made nearly $150 million at the box office. Despite so many stage, big and small screen roles ... Charles never won any prestigious acting awards. 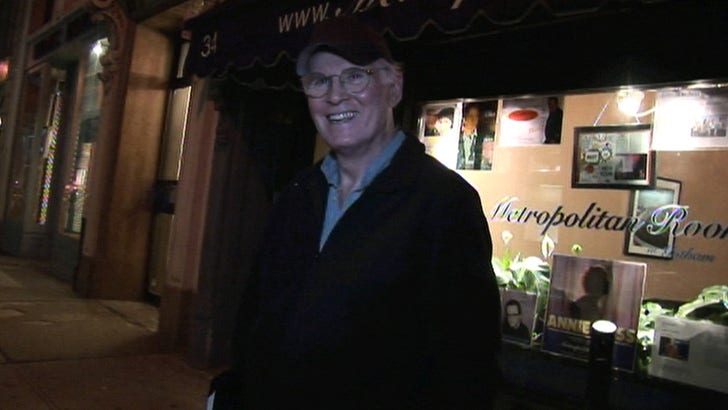 His only Emmy win was for writing a 1977 Paul Simon TV special. He shared the award with 7 others, including Simon.