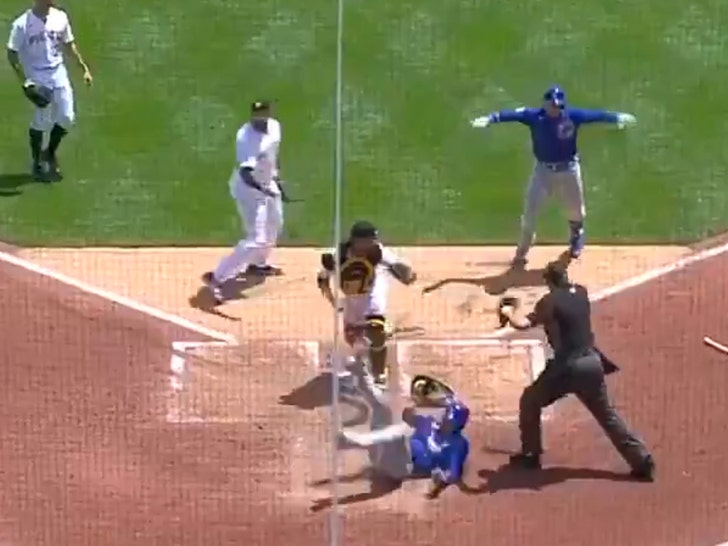 Here's Javier Baez going OFF during the Cubs' game against the Pirates on Thursday ... completing what might very well be the most insane play in MLB history!!!

The crazy sequence all kicked off in the top of the 3rd inning at PNC Park ... when Baez hit a ground ball to 3rd base.

As Pittsburgh first baseman Will Craig received the throw from 3rd, though, he went to lazily tag Baez, who for some reason decided to run backward.

Instead of just stepping on 1st or even sprinting to get Baez out, Craig inexplicably jogged toward Javy -- and then all hell broke loose.

But, it gets better ... 'cause after that, Javy ran to 1st, and Pittsburgh botched that play too -- underthrowing the toss, allowing Baez to reach 2nd on the play!!

we have no words to describe this play, you've just gotta see it. pic.twitter.com/mYcsDOADYB

Ian Happ then drove in Baez on the next AB ... and yeah, hang all of this in the freakin' Louvre NOW!!! 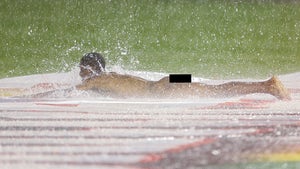 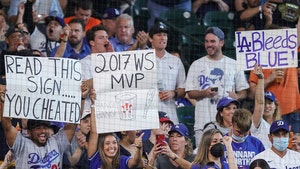