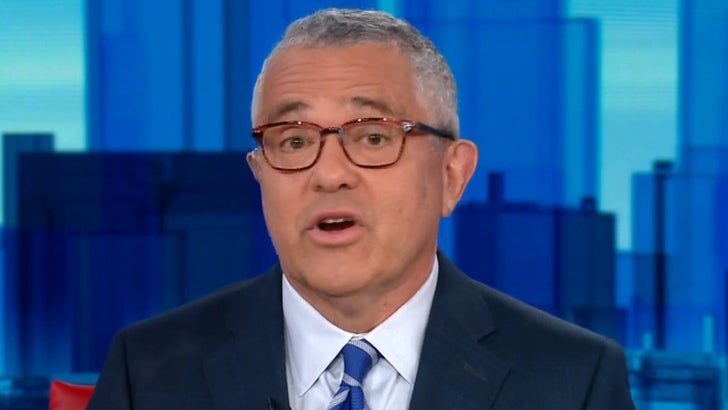 Jeffrey Toobin's back on the air at CNN ... 8 months after the network pulled him off the air, and The New Yorker canned him, for exposing himself during a Zoom meeting.

Toobin's back in his capacity as Chief Legal Analyst, and appeared in a "CNN Newsroom" segment Thursday with anchor Alisyn Camerota. He was discussing a legal matter, but they also had to discuss the elephant in the Zoom room, if you will.

Toobin admitted it was "deeply moronic and indefensible," and added he's been miserable since it all went down. However, he says he also started directly apologizing to his New Yorker co-workers on the day of the incident. 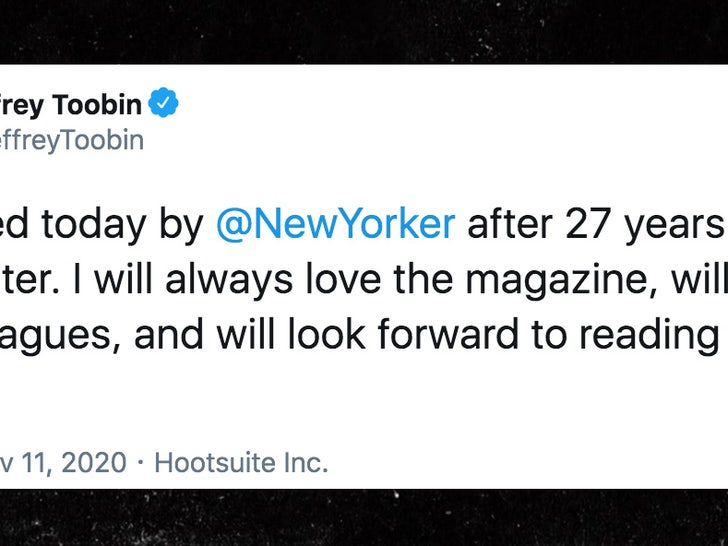 Toobin -- whose book "The Run of His Life: The People v. O.J. Simpson" is the basis for the hit FX true crime anthology 'American Crime Story' -- also apologized to his wife and family ... and said he's working to be a better person and mentioned he's in therapy.

As we reported ... The New Yorker fired him back in November following an internal investigation. He had been a staff writer at the publication for nearly 3 decades and the authoritative voice on all legal matters at CNN before he was benched -- and now he's back. 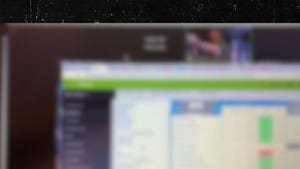 You Might Want to Rethink Viral Controversial S#!T CNN