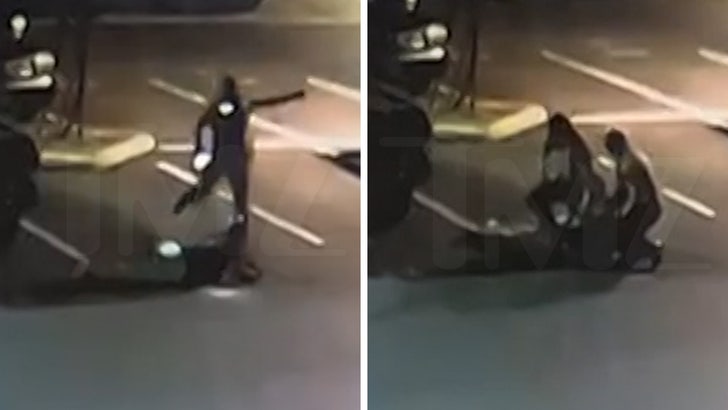 A Sheriff's deputy in Southern California is under investigation due to a video of him winding up and kicking a suspect in the head AFTER the guy appeared to surrender.

Surveillance footage from a Toyota dealership in Victorville, CA captured Wednesday's violent interaction on camera ... you see the suspect roll out from under a parked car before he's confronted by a deputy with a flashlight, who appears to order the suspect on the ground.

The man complies, but then the cop takes a big step and unloads a couple kicks to the suspect's face. 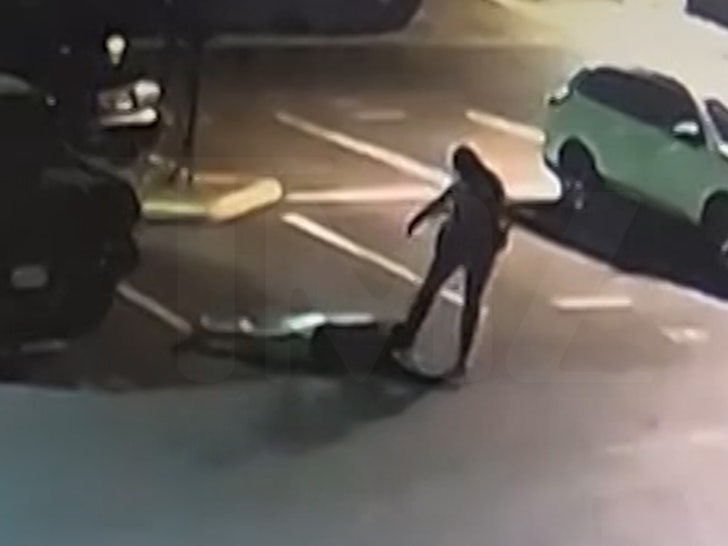 Video shows the cop stand over the man for a few seconds before beginning to slap some handcuffs on him as another deputy arrives to assist.

The San Bernardino County Sheriffs Department tells TMZ the incident started with an attempted traffic stop of a motorcycle. Police say the driver led cops on a high-speed chase, and ditched his bike near the dealership before fleeing on foot. Cops say they found the suspect hiding in the dealership lot, and admit there was a "use of force" during the arrest.

The Sheriff says a review of the footage raised immediate concerns about the deputy's actions and he's on leave while under investigation.