For the very first time, a transgender athlete will compete in the summer Olympics ... and shocker, there's already controversy.

43-year-old Laurel Hubbard -- who transitioned from male to female in 2013 -- has been selected to the New Zealand women's weightlifting team to compete in the women's 87-kilogram division.

The issue?? Hubbard competed in men's weightlifting competitions before she transitioned -- and some critics are already blasting the situation as unfair to other athletes.

But, the International Olympic Committee has specific guidelines for transgender athletes to compete -- testosterone levels must be below a certain level -- and Hubbard has met the criteria since 2015.

In other words, she's good to go!!

"We acknowledge that gender identity in sport is a highly sensitive and complex issue requiring a balance between human rights and fairness on the field of play," Smith said.

"As the New Zealand Team, we have a strong culture of manaaki and inclusion and respect for all. We are committed to supporting all eligible New Zealand athletes and ensuring their mental and physical wellbeing, along with their high-performance needs, while preparing for and competing at the Olympic Games are met.”

Not everyone feels that way ... back in May, Belgian weightlifter Anna Vanbellinghen reportedly called Hubbard's qualifying situation "unfair" and a "bad joke."

Hubbard, though, wasn't letting the disapproval get in the way of her feat Monday ... saying, "I am grateful and humbled by the kindness and support that has been given to me by so many New Zealanders."

"The last 18 months has shown us all that there is strength in kinship, in community, and in working together towards a common purpose. The mana of the silver fern comes from all of you and I will wear it with pride.”

Added Olympic Weightlifting New Zealand President Richie Patterson, "Laurel is an astute student of the sport and technically very good with the lifts. We look forward to supporting her in her final preparations towards Tokyo."

The Games are set to kick off on July 23. 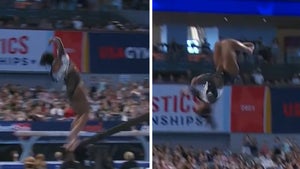 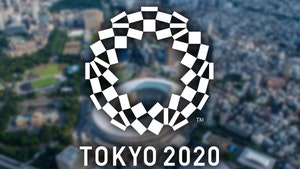