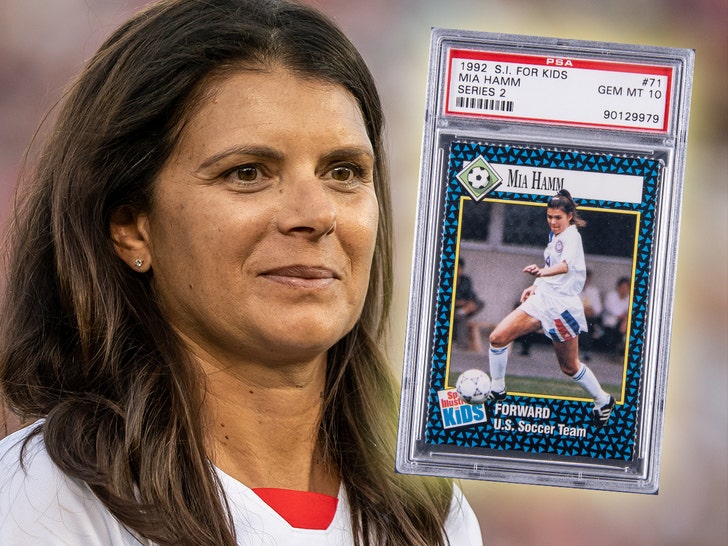 Soccer legend Mia Hamm is making history yet again ... her rookie card just set a record for the most expensive female sports card ever -- smashing the previous record!!

The 1992 Sports Illustrated for Kids rookie card -- graded a PERFECT 10 by PSA -- hit the auction block at Goldin Auctions a few weeks back ... and it's a thing of beauty. 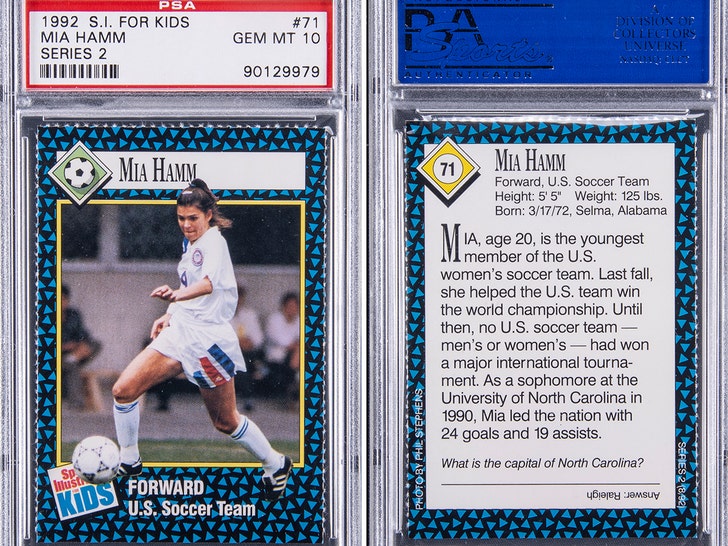 The huge sales price makes this card the most expensive female card ever ... more than doubling the previous record -- a $16k Alex Morgan card.

It's not a surprise that Hamm's card made history ... she's a soccer icon.

She was also the first female inducted into the World Football Hall of Fame (2013) and even has a building named after her at Nike headquarters.

Hamm also held the record for most international goals (158) by a woman -- or man!

Just add it to the (very) long list of Hamm's accomplishments!! 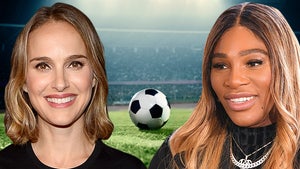 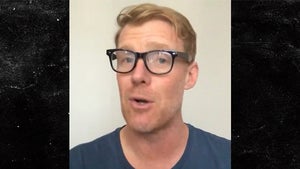