Howard University says it stands with survivors of sexual assault, but it's also standing by Phylicia Rashad following her controversial tweet about Bill Cosby ... which it acknowledges "lacked sensitivity."

As we reported, Rashad -- who was recently named Dean of Howard's College of Fine Arts -- responded to Cosby's stunning prison release Wednesday by saying, "FINALLY!!!! A terrible wrong is being righted- a miscarriage of justice is corrected!"

FINALLY!!!! A terrible wrong is being righted- a miscarriage of justice is corrected! pic.twitter.com/NrGUdwr23c

Her comment swiftly drew backlash and outrage, and although she followed up by saying she fully supports sexual assault survivors ... she did not apologize or back down from her support of Cosby. 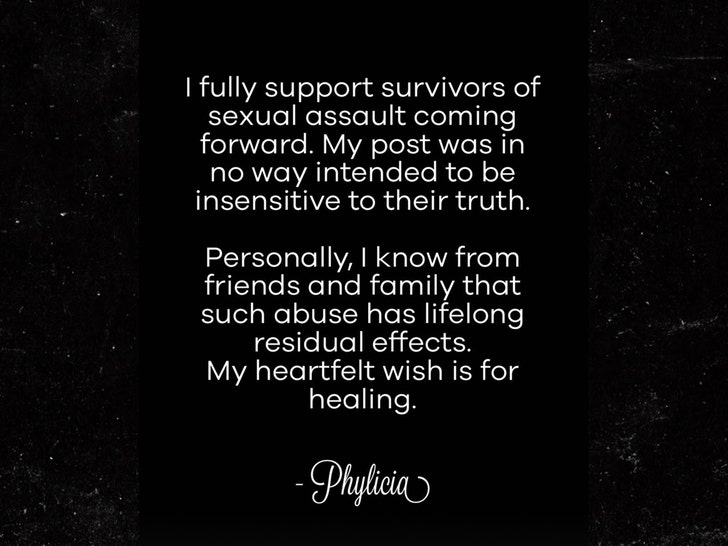 Howard U. says "Survivors of sexual assault will always be our priority," adding ... "We will continue to advocate for survivors fully and support their right to be heard. Howard will stand with survivors and challenge systems that would deny them justice."

As for Rashad, the school says "her initial tweet lacked sensitivity towards survivors of sexual assault." That's it for admonishment ... at least so far.

Cosby was released from prison Wednesday -- 3 years after a jury found him guilty of sexually assaulting Andrea Constand -- because the Pennsylvania Supreme Court said the prosecution had not honored a deal the previous D.A. made to not criminally prosecute Cosby for the Constand case. 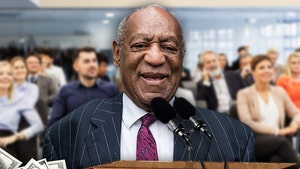 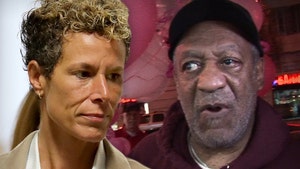