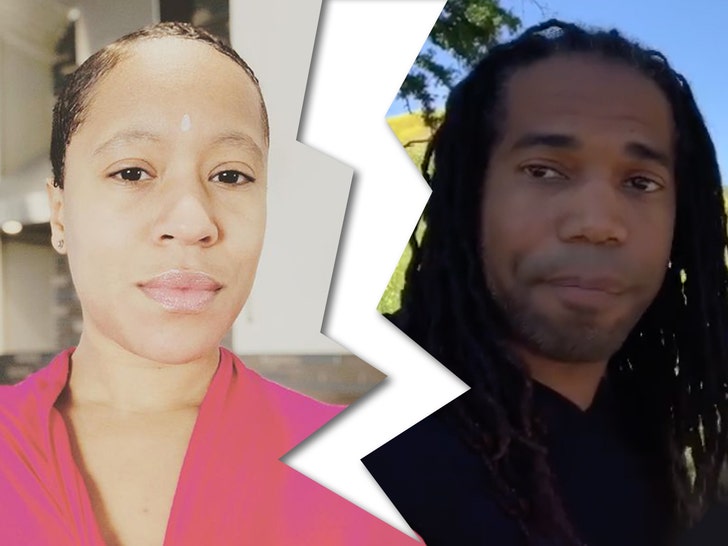 "Seeking Sister Wife" star Dimitri Snowden appears to have been abandoned yet again ... 'cause his OG wife just declared herself single.

Ashley Snowden announced her "truth" on Wednesday saying she's single. She didn't include any other deets on what her sitch is with Dimitri or what led to the split, but her Instagram post included a massive caption which included "that may make this world a kinder place for everyone, especially people who are experiencing trauma."

She kicked off the IG post saying, "My truth, because misinformation is harmful: I'm single and grateful for life." It should be noted ... Ashley and Dimitri were never legally married. Instead, they apparently opted for a spiritual union. They had called themselves husband and wife on the TLC reality show.

The former couple were recently in the limelight when Dimitri's other wife -- legally, btw -- Christeline Petersen filed for a restraining order against Dimitri and Ashley.

As we reported ... Christeline accused Dimitri of domestic abuse and also claimed Ashley shoved and threw a bottle at her while also being verbally abusive. The judge ended up dissolving the restraining order she filed against him.

The whole ordeal ultimately led Dimitri to file for divorce from Christeline back in May ... claiming she "abandoned their marriage" and "he doesn't know her whereabouts."

Dimitri and Christeline got married on July 9, 2020 and the date of separation was listed as January 21, 2021.