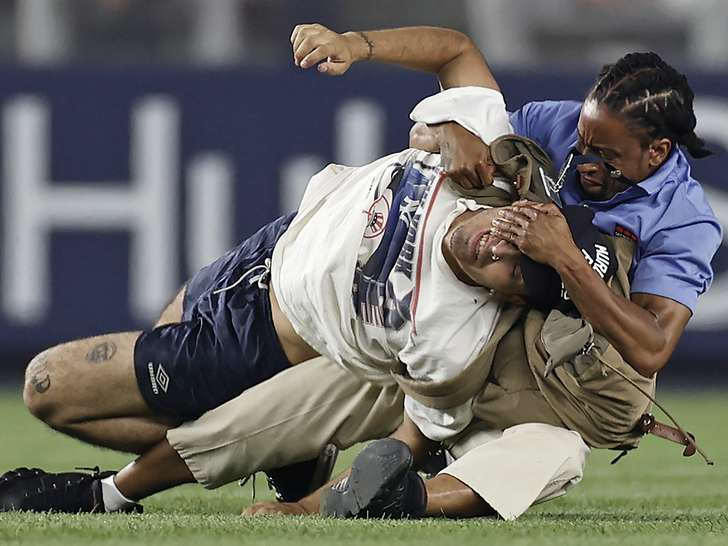 Sports fans are still demonstrating very bad behavior while attending games, but one Yankees fan really paid the price for his shenanigans ... by getting completely owned by a security guard after running on the field.

The chaos went down during the top of the 6th inning against the Phillies Tuesday night, when the fan made his way onto Yankee Stadium field and started racing across the outfield. 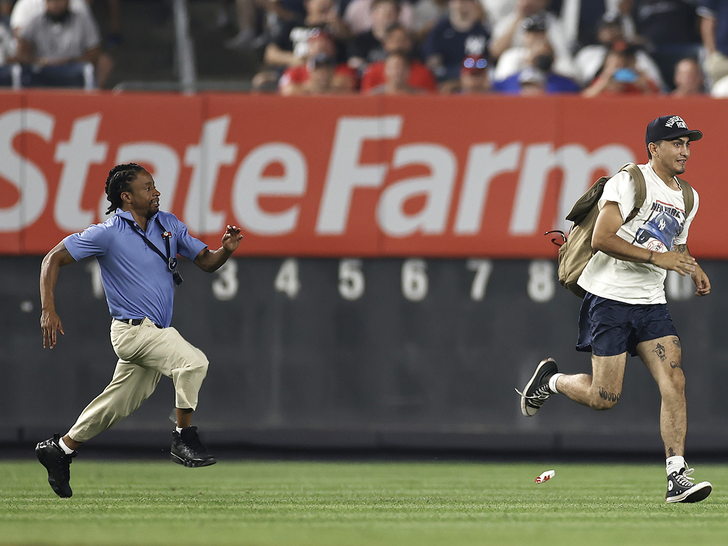 He made it to center field before a stadium security guard took him down with an impressive tackle ... then kept slamming him to the ground as he tried to escape.

It took seven stadium workers/officers to keep this fan down after he ran on the field 😳 pic.twitter.com/XnMSeISG4z

The security guard's apparent wrestling skills were enough to contain the fan -- who NYPD has ID'd as 25-year-old Leonardo Lertora-Leiva -- until about half a dozen other security workers showed up to help escort the guy off the field ... to the delight of the crowd.

NYPD tells TMZ ... Lertora-Leiva was arrested for running onto the field of an active MLB sports event and disrupting it. He was booked for 3 misdemeanors, including criminal trespass.

A fan throws a ball at Alex Verdugo and he is not happy. The Red Sox all left the field pic.twitter.com/Z8GHRZd2oY

As we reported, another Yankees fan was just banned for life from attending MLB games in the Bronx -- or anywhere else for that matter -- after he threw a ball onto the field Saturday night during a game against Boston, and hit Red Sox outfielder Alex Verdugo. 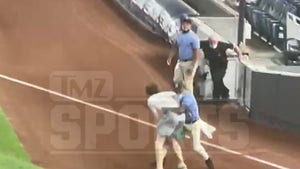 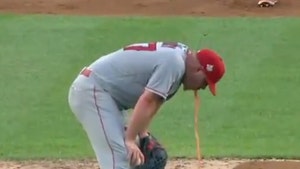