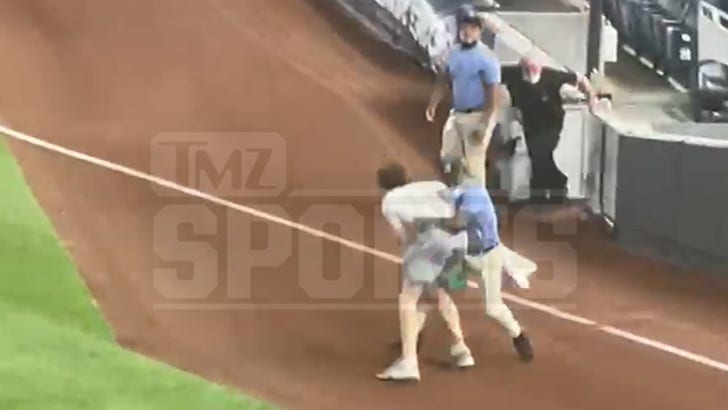 An MLB fan got absolutely ROCKED by security after he tried to run onto Yankee Stadium's outfield Tuesday night ... and TMZ Sports has obtained video of the entire incident!!

The chaotic scene all went down in the 6th inning of the Yankees' game against the Angels in New York ... when a man thought it'd be funny to hop the wall and take a lap around the grass.

Turns out, though, the idea ended up being a painful (and dumb) one ... 'cause he made it just steps before he was annihilated by a stadium guard.

Check out the footage ... the fan didn't even make it off the warning track before he was body slammed to the ground!!

Two other stadium officials ran in just seconds later to subdue the guy ... before they ultimately took him off the field.

Our sources say the guy was detained for around five HOURS after the incident ... but they insist the dude did NOT receive any sort of perma-ban from the stadium.

Instead, our sources say he was hit with a citation and allowed to leave.

As for the game, the guy ended up missing a pretty good one ... the Yanks went on to beat Los Angeles, 11-5. 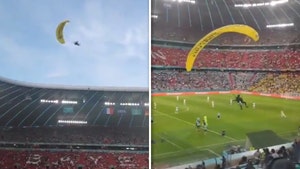 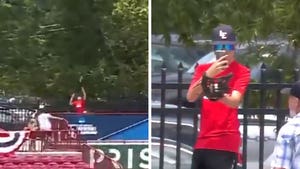