DOH!!! A TV reporter in Germany was caught redhanded smearing mud on herself moments before going on air to pretend she'd been helping with a massive flood cleanup effort.

It all unfolded on a report covering the aftermath of torrential floods in Germany and across Europe. But little did the reporter, Susanna Ohlen, know ... some onlooker secretly recorded her casually smearing mud on herself before going live.

The network had apparently been so impressed with her faux effort, it posted a story with the headline "Cleaning up after the flood: RTL presenter Susanna Ohlen lends a hand in Bad Muenstereifel."

Ohlen is seen during her report talking about the extensive damage caused by the flooding. She's holding what appears to be a shovel and some gloves ... presumably to telegraph they were the tools she used before going on the air.

The secretly-recorded video was eventually uploaded on Twitter ... and just hours later the story applauding her help was yanked and Ohlen was suspended.

A spokesperson for the network said, "Our reporter's approach clearly contradicts journalistic principles and our own standards. We, therefore, gave her leave of absence on Monday after we heard about it."

So, what gives? Ohlen, who later apologized, explained it this way -- "After I had already privately helped out in the region on previous days, on that morning I was ashamed to appear on camera in front of the other aid workers with a clean upper body." 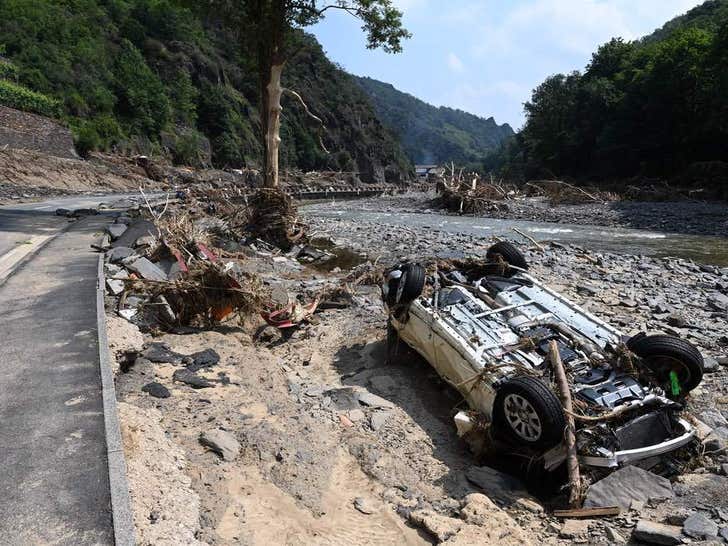 This is where getting in the mud might have been a good thing. 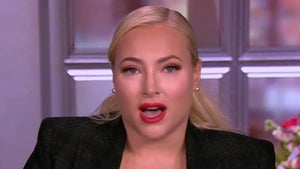 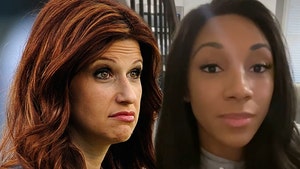