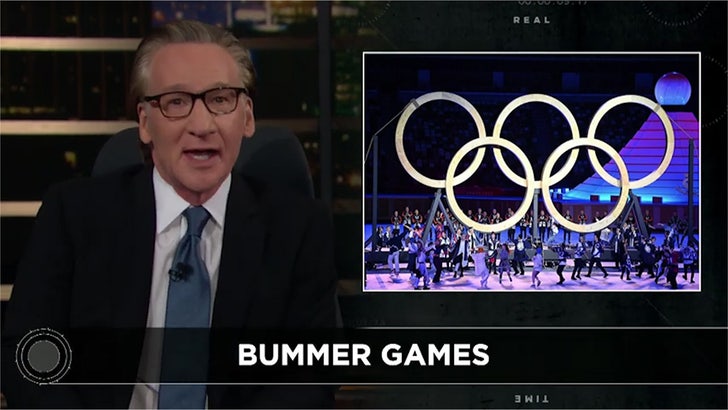 Bill Maher is back with a vengeance ... and he's making a case that cancel culture and cultural appropriation are destroying America.

Bill's back from a month-long hiatus and he zeroed in on the honchos at the Olympics who were 86'd for decades-old infractions.

He then targeted a subset of cancel culture -- cultural appropriation, and made a case that it's anathema to empathy. In other words, sharing cultures -- rather than walling them off -- is a celebration of diversity rather than exploitation. His example is surfing -- an AP story called the new Olympic sport an indignity to Hawaiians. Bill calls BS ... you gotta watch and judge for yourself, but he's got some solid arguments.

As for real grievances ... well Bill jumps to the defense of the Olympic horse -- of course, of course.