Clemson football player Fred Davis II was arrested Sunday after cops say he drove 60 MPH over the speed limit and violently crashed into a mail carrier.

Officials say the incident all went down on July 21 in Clemson, SC ... claiming Davis II was going 115 MPH in a 55 MPH zone before he slammed his 2021 Dodge Charger into the rear of a U.S. Mail Carrier truck.

According to officials, the driver of the truck was severely injured in the accident ... and "will require several months or longer for recovery."

The 19-year-old -- who was reportedly somehow not injured in the crash -- was charged with reckless driving and turned himself in to authorities on Sunday.

He was booked into the Clemson City Jail and released after a bond hearing.

A Clemson football spokesperson said in a statement over the weekend the cornerback will remain on the team despite the arrest but "will be subject to internal discipline."

"Grounds for internal discipline for misdemeanor charges like this are covered under the terms of the Clemson Student-Athlete Handbook, which says that the head coach can recommend a course of action, and upon concurrence of the designated CUAD administrator, administer sanctions," the spokesperson added.

Davis was one of the best high school football recruits in the country in the 2020 class ... and played in 11 games for the Tigers as a true freshman last season.

Before Sunday's arrest, he was expected to compete for a significant role on this year's Clemson squad. 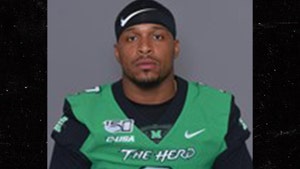 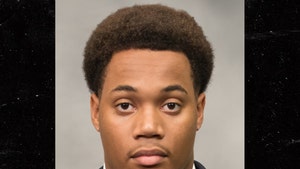