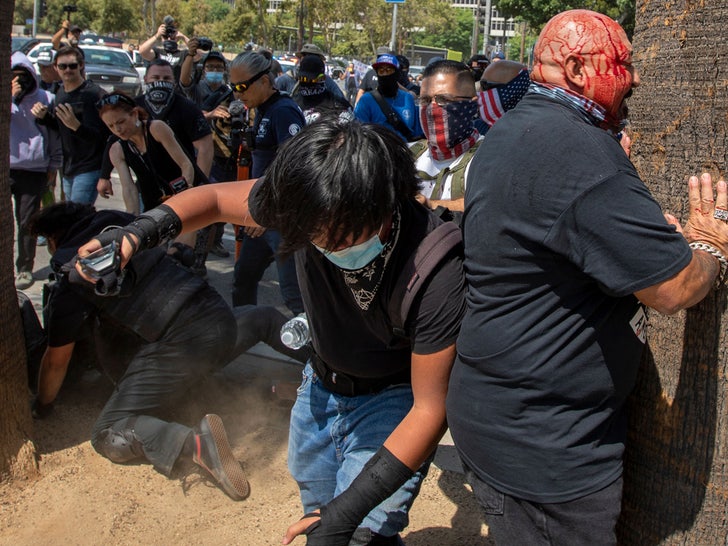 The political divide over vaccines just got bloody.

Someone was stabbed Saturday during a massive brawl in downtown L.A. ... in the middle of an anti-vaccine protest.

“Anti-vaxx” / Proud Boys rally in Los Angeles off to a great start. pic.twitter.com/mMAQxfwfxw

People on both sides squared off and it didn't take long for fists to fly. The person stabbed is hospitalized in serious condition.

The protesters called the demonstration a "Choose Freedom March." They say they are protesting the "medical tyranny" of mandatory vaccinations and vaccine passports ... whatever that means.

Gray hat guy is repeatedly stabbing the man being held by the bald guy. Looks to be using a utility knife. pic.twitter.com/lmR7PW8SRa

As the Delta variant continues to wreak havoc in the U.S., more and more cities and businesses are either contemplating or implementing mandatory vaccination policies. There's a clear move to declare restaurants, concerts, sporting events and other gathering places off-limits to people who choose to turn thumbs down to the vaccine. 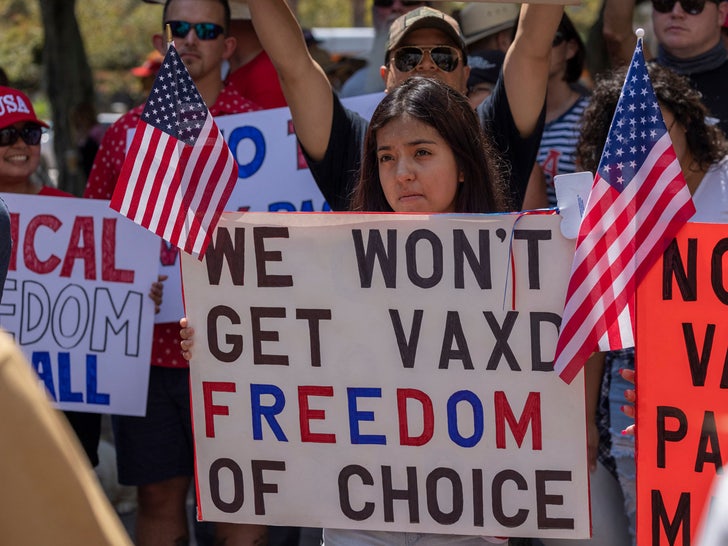 As for Saturday's confrontation, there were counter-protesters present, calling their mission "No Safe Space for Fascists" ... they are demonstrating against what they call "violent anti-vaxxers." 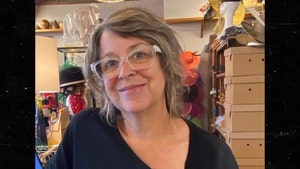 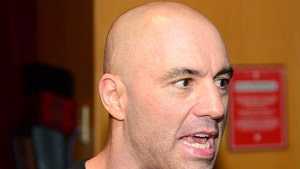