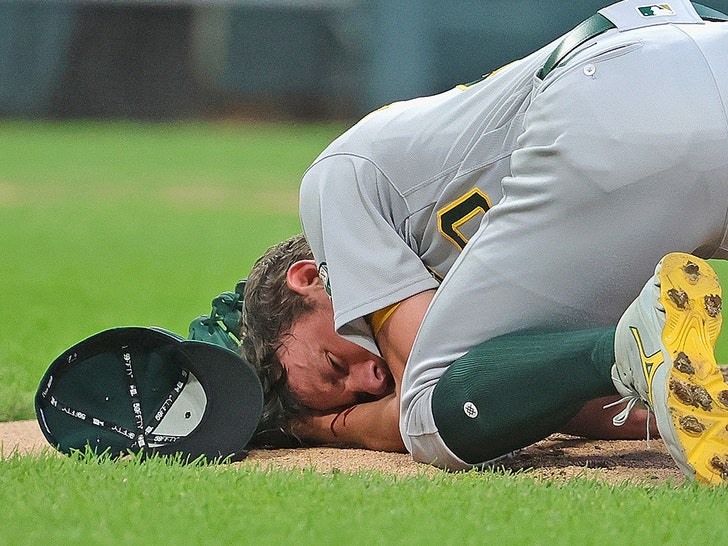 8:27 AM PT -- The A's say Bassitt broke a bone in his cheek as a result of the liner ... and he will require surgery to fix the damage.

Oakland, though, added that Bassitt's vision is okay ... and a CT scan revealed no further issues with the rest of his face and head.

Bassitt -- who received stitches following the incident -- was released from the hospital later Tuesday night, the A's confirmed.

Oakland A's pitcher Chris Bassitt was taken off the field on a stretcher while bleeding profusely from his face Tuesday night ... after he was terrifyingly struck by a line drive.

The MLB ace -- who was one of the best starters in baseball this year -- threw an offspeed pitch to Brian Goodwin in the 2nd inning of the A's tilt with the White Sox in Chicago when tragedy struck.

Goodwin rocketed the baseball right back where it came from ... and Bassitt couldn't get out of the way in enough time.

Video shows the ball hit the 32-year-old near his right eye area, and he crumpled in pain while his teammates looked on in horror.

Footage shows Bassitt was bleeding heavily from his face ... and he was ultimately rushed to the hospital.

After the game, Oakland manager Bob Melvin didn't take questions from media but said Bassitt was "conscious" the entire time.

"We don't think the eye is a problem at this point," Melvin said. "It felt like it was below it. He's got some cuts. They had to do some stitches."

"He's in a scan and we'll know more about potential fractures tomorrow."

Bassitt was incredible for the A's this season before the injury ... compiling a 12-4 record with a 3.22 ERA. 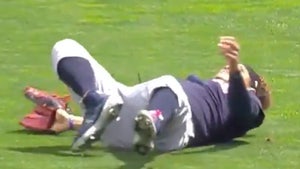