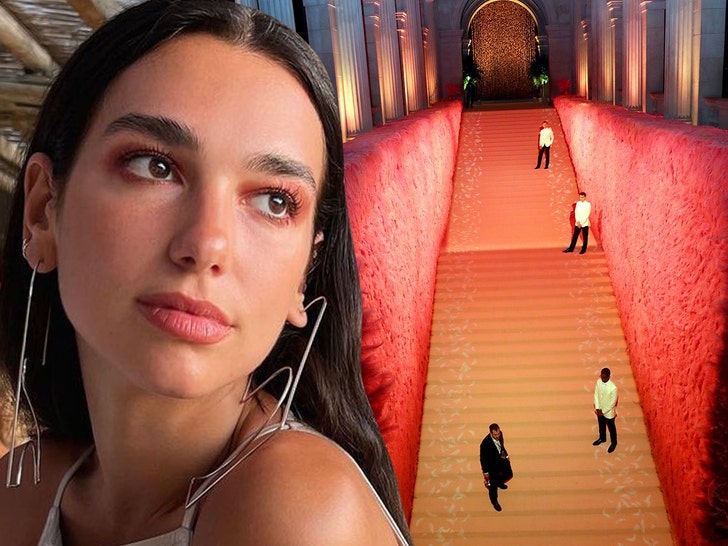 Dua Lipa's trading in one star-studded event for another -- the singer's missing out on the Met Gala ... because she's working on her big-screen acting debut.

Sources with direct knowledge tell TMZ ... the "Levitating" singer's among a slew of celebs invited to the famous fundraising ball in NYC this month, but she had to decline because she's busy filming for the upcoming action thriller, "Argylle."

The movie will be Dua's first acting role, and she'll be co-starring alongside some of the biggest names in Hollywood ... Samuel L. Jackson, Henry Cavill, Bryan Cranston, Bryce Dallas Howard, John Cena, Sam Rockwell and Catherine O'Hara, just to name a few. 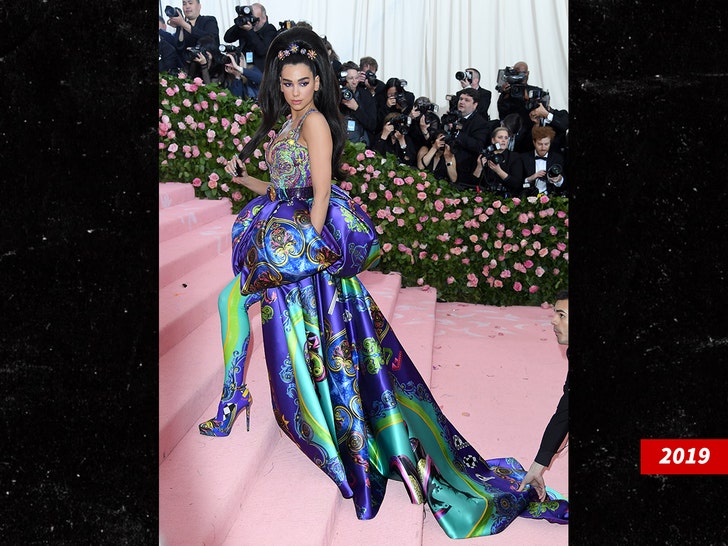 We're told Lipa's currently in the UK shooting the film -- directed by Matthew Vaughn of 'Kingsman' fame -- otherwise, she'd be at the event. She previously attended in 2019.

The Met Gala will be held on Monday, September 13, and even without Dua, will feature HUGE names, with rumored attendees that include Beyonce, Kim Kardashian West, Jennifer Lopez, Rihanna, Harry Styles, Lupita Nyong’o, Camila Cabello, Addison Rae and Lewis Hamilton.