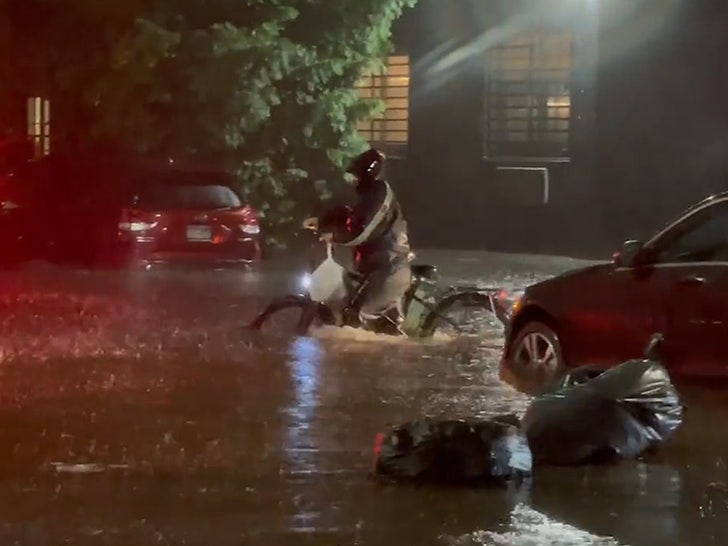 A guy waded through waist-deep waters just to deliver grub to a hungry New Yorker during Hurricane Ida's massive flooding -- and one photog wants to ID him ... and get him paid!

The man in this video was filmed by Johnny Miller, who runs a freelance photography business -- among other ventures -- and who couldn't believe this dude got stuck on a food run for someone who might've used GrubHub, or any number of other delivery apps.

And through it all! @Grubhub delivery still out there bringing your dinner #ida #flooding #brooklyn pic.twitter.com/2baP69JXhW

He wrote ... "And through it all! @Grubhub delivery still out there bringing your dinner #ida #flooding #brooklyn. Miller says this was in Willamsburg, around 10 PM on Wednesday.

The next day, Miller set out on a mission to actually find this dude, and give him some dough ... because the guy seems to need it if he's putting himself at risk for a gig job like this during a dangerous storm. And so, JM hit the streets ... using context clues he picked up on.

Going to look for this driver today pic.twitter.com/WzJMwn1dhu

After a hard search in the same area, Miller says he came up empty -- this upon realizing he might've been using a generic Chinese takeout bag ... making it virtually impossible to pin him down. He even talked to other delivery bikers there, and they too had no clue.

Miller didn't give up ... requesting the help of the NYT, plus the general public. He's determined to locate the man and bring his story out in the open. Looks like he might've made some groundwork with an org called the Workers Justice Project, which dabbles in this field and might be able to assist in identifying the gig worker. Even AOC got in it!

Please do not be the person who orders delivery during a flash flood that the NWS has deemed a dangerous and life-threatening situation. It puts vulnerable people at risk.

She noted that now is NOT the time to be ordering delivery in NYC ... because some of these "deliveristas" might not have a choice but to work in these harsh conditions, and they shouldn't have to be subjected to that. The video has sparked larger talks about this type of work in general, with some pointing out these folks are legitimately underpaid and exploited.

BTW, this is far from the only bike food courier who's roughing in the flood ... there are other stories and images of workers doing the exact same thing -- and it's tough to see.

So far, it doesn't seem Miller (or anyone else, really) has been able to pluck the needle from the haystack here -- but he has raised a pretty penny that he plans to hand off eventually. Here's hoping someone notices and gets word to this fella ... they're looking for you, bro! 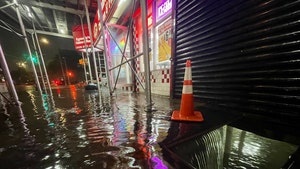 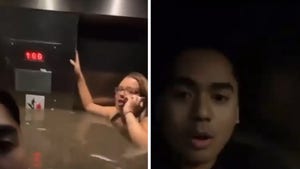