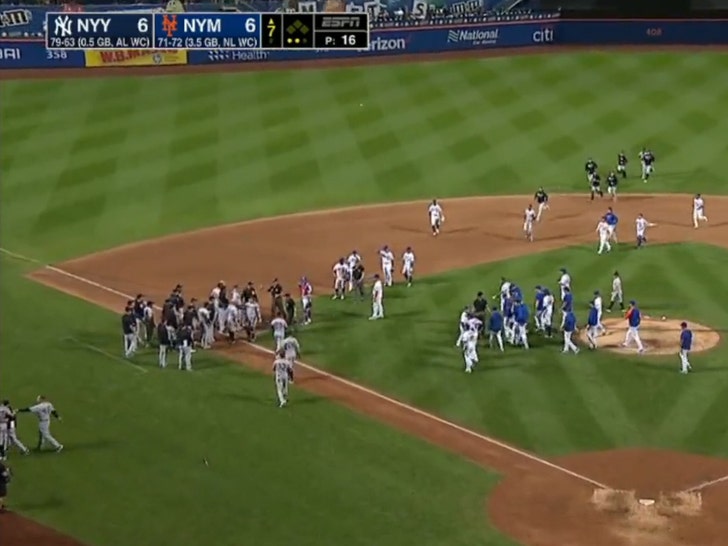 The Yankees and Mets almost fought each other in the middle of the diamond Sunday night ... and it was all 'cause a pitcher in the Pinstripes' dugout had been whistling.

The wild scene all went down at Citi Field ... just seconds after Giancarlo Stanton hit a huge home run in the 7th inning of the final game of the New York teams' weekend series.

As Stanton was rounding the bases, Francisco Lindor yelled at the Yanks superstar ... while making a whistling motion.

The smack talk was so aggressive, it caused the entire Yankees dugout to clear ... and a brawl almost ensued.

Fortunately, cooler heads prevailed ... and we learned a short time later, Lindor was furious with Stanton and the Yanks after he and the rest of the Mets believed the Yankees were whistling in order to tip their batters off to potential pitches.

"I can't accuse them of them whistling for the signs because I'm not 100 percent correct," Lindor said. "But, I know what I heard, and I felt like there was something out of the ordinary going on."

Francisco Lindor on the possibility of Yankees players whistling from the dugout:

"I heard what I heard. I'm not accusing them, I'm not saying they're doing it 100% because I don't know, but it definitely felt that way. And I took that personal." pic.twitter.com/zeWpjwxKPG

"And, yeah. I heard what I heard. I'm not accusing them. I'm not saying they're doing it 100 percent. Because I don't know 100 percent. But, it definitely felt that way. And, I took that personal."

Lindor and the Mets had believed the Yankees were using whistling not just during Sunday's tilt, but in their previous meeting on Saturday as well.

Yankees slugger Joey Gallo tried to offer an explanation for it all after the game, saying reliever Wandy Peralta was doing the dugout whistling, but ensured the sounds were "100 percent not" for pitch tipping.

“It hurt my ear honestly. It’s unbelievable how loud he can whistle.” pic.twitter.com/PhEPCqRKlH

"It's just him trying to be -- like I said, bring energy to the dugout," Gallo said, "especially early in the game."

Lindor and the Mets ended up with the last laugh regardless ... the shortstop hit 3 home runs in the game Sunday, with his third leading to a 7-6 lead that the Mets wouldn't relinquish. 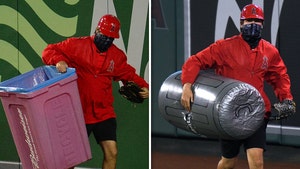