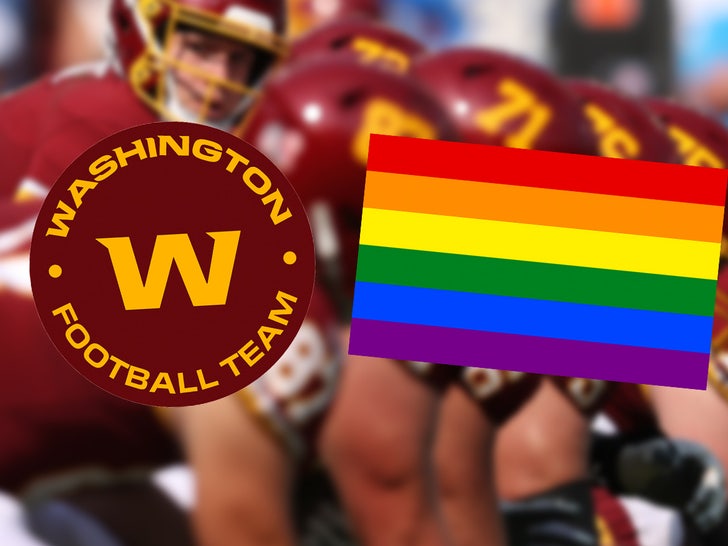 The Washington Football Team is welcoming the LGBTQ community to Thursday Night Football this week ... with the org. announcing its monumental "Pride Night Out."

It's a first for the WFT ... which partnered up with Team DC -- an organization that promotes LGBTQ involvement in sports -- to put on the event for their Week 2 matchup against the New York Giants at FedEx Field.

The team is hosting a dope pre-game party with an all-you-can-eat buffet and beer ... plus a "guaranteed limited edition Washington Football Team Pride giveaway."

There will also be reserved tickets -- prices starting at $28 -- specifically for the Pride Night attendees, so they can enjoy the game together in the lower level, upper level and club level.

The bash will have performances by The Gay Men’s Chorus of Washington and the LGBTQ marching band, the DC’s Different Drummers, at the game, too. 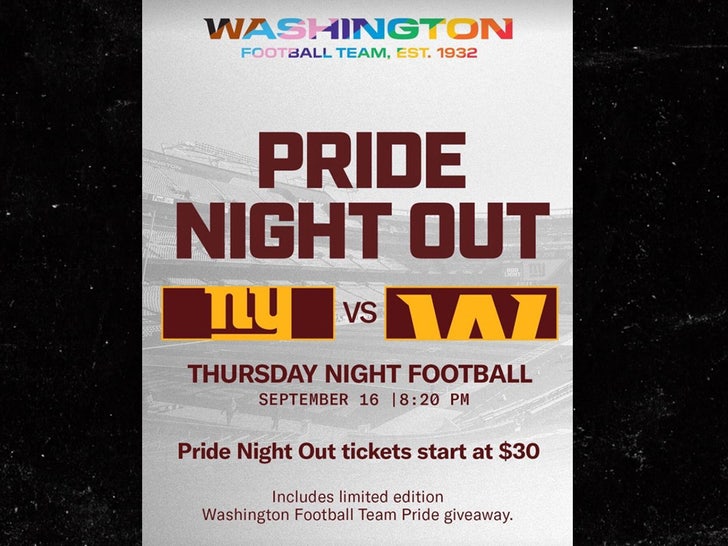 WFT's Vice President of Guest Experience Joey Colby-Begovich says the team is taking a different direction than they have in the past when it comes to their audience.

"We want to be intentional in celebrating our communities beyond the traditional football fans and that includes people of color and marginalized communities," Colby-Begoich said to the Washington Blade.

"Football is for everyone!"

The event comes on the heels of Las Vegas Raiders star Carl Nassib making history as the first openly gay player to take the field in a regular-season game.

The WFT joins the Detroit Lions, who held their own Pride event in 2019. 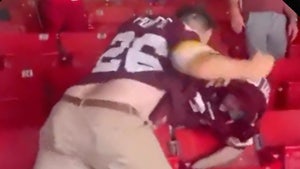 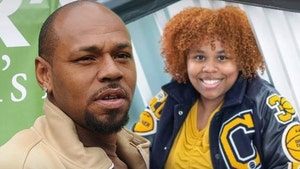