Gabby Petito's family's going after the lawyer for Brian Laundrie's family for using one of her photos on Yelp ... and they're warning him he better not do it again.

The Petitos' attorney, Richard Benson Stafford, sent a cease-and-desist letter to attorney Steven P. Bertolino demanding that he remove the photo of Gabby from his Yelp business page ... and gave him a deadline of 2 PM Wednesday. 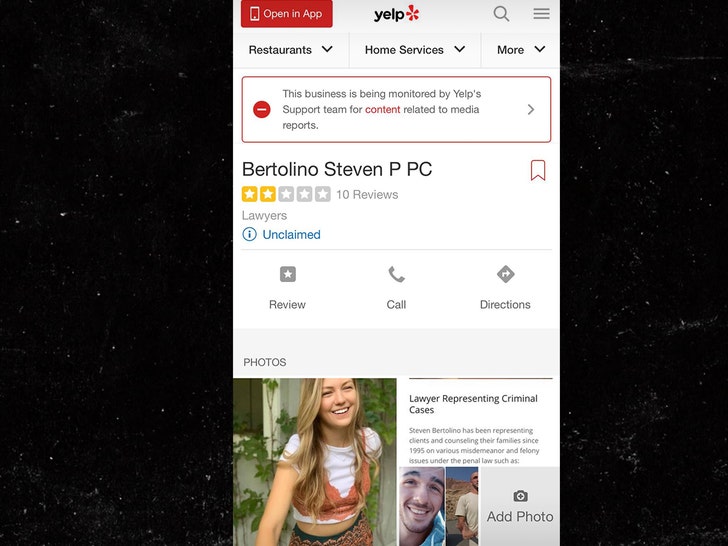 It seems Bertolino complied, because Gabby's pic no longer appears there, but Yelp has added a notice to his page saying his business is being monitored.

In addition, Gabby's family's warning Laundrie's family lawyer to not use any of her photos on any of his other accounts -- social media or otherwise -- to promote his business ... or they'll take legal action. 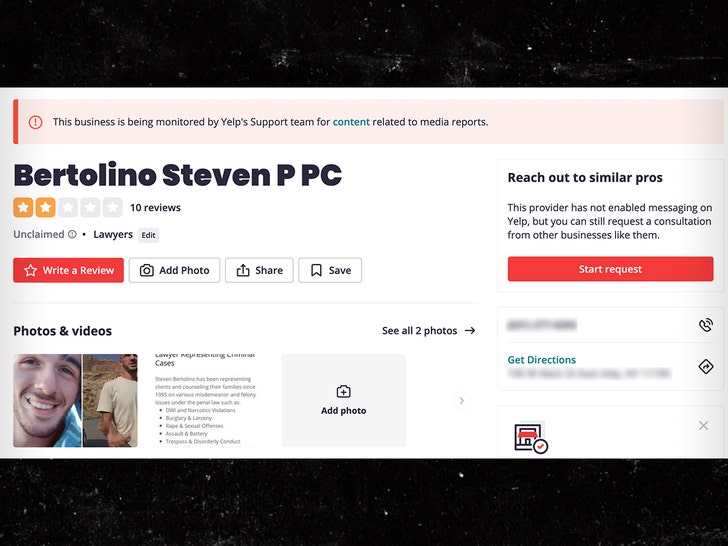 As of now, it doesn't look like Bertolino has any other accounts featuring photos of her.

Obviously, the situation between the 2 families is very tense ... as the coroner has ruled Gabby's death a homicide and her fiance, Brian -- a person of interest believed to be the last person who saw her alive -- is also missing.

With all that happening, legal issues are inevitable ... and this seems to be just the start.

We've reached out to Bertolino ... no word back yet.