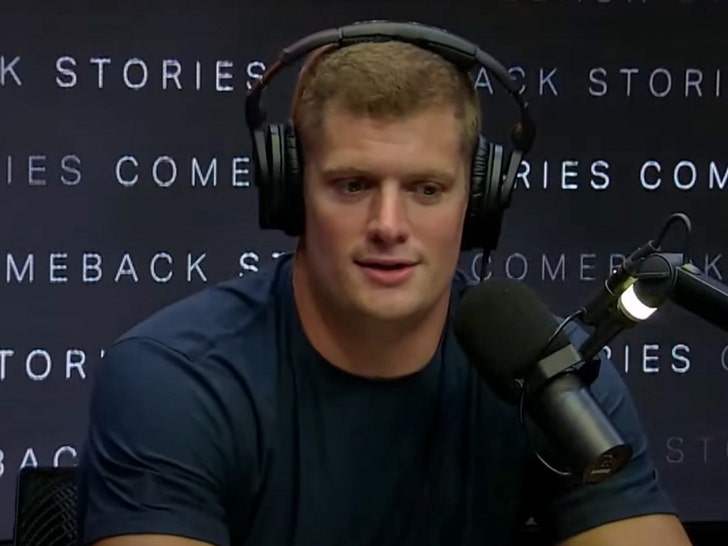 Carl Nassib says he was worried opening up about his sexuality could cost him his NFL job ... explaining this week he didn't come out as gay sooner because he feared it might "ruin my career."

The Las Vegas Raiders pass rusher -- who famously revealed he was gay in a June social media post -- broke it all down on Darren Waller's "Comeback Stories" podcast.

Nassib said he had mulled the idea of coming out sooner ... but was scared of the reaction the announcement might draw from fellow players -- and, more importantly, NFL owners.

"I thought about it every once in a while," Nassib said of sharing his sexual preferences with the public. "Thought about how I wanted to do it. When I could do it."

Nassib -- who says he didn't know he was gay until about four years ago -- said he finally felt comfortable making the announcement this year after he had solidified his NFL career as well as gained a good understanding of his Raiders teammates.

The 28-year-old, though, revealed it has been somewhat of a struggle since revealing the news ... telling Waller he felt a huge burden in the practices and workouts following the video's release.

"Being the only out gay guy in the NFL is a little stressful," Nassib said, adding things have gotten easier since.

Nassib also revealed he is dating somebody, saying, "I met an awesome guy. He's the best."

As for on the field this year, Nassib has played in all 3 of the Raiders' games this season ... logging 1.5 sacks and a forced fumble. 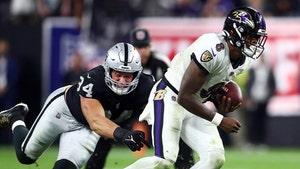 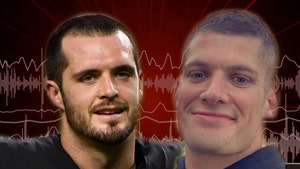 Derek Carr On Carl Nassib, 'If You Want To Mess With Him, You Have To Go Through Us'