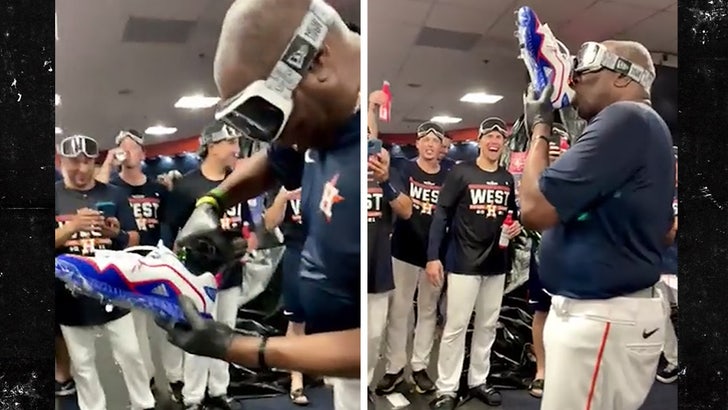 Dusty Baker partied like he was in his 20s again to celebrate his Astros' division-clinching win Thursday night ... chugging champagne straight out of a cleat!!!

The 72-year-old manager drank the bubbly in Houston's locker room after scoring the big 3-2 win over the Tampa Bay Rays ... and check out the video -- it's both gross AND awesome!!!

Just minutes after the 'Stros had locked up the AL West crown, Baker and the guys hit the showers ... and the players lost their minds when their manager pulled off the shoey.

Of course, Baker had good reason to celebrate ... it's the FIFTH different team he's led to a division title in his legendary managing career.

"That was the hardest but greatest year ever for me."

"That was the hardest but greatest year ever for me," Baker told the guys before drinking out of the shoe. "I love you guys, man!"

As for the rest of the 'Stros -- seems they got in the shoe booze game as well ... 'cause they, too, had cleats and alcohol out just before Baker took his sips!!

No worries about hangovers, either ... playoffs don't begin until next week.

In other words ... plenty of time to sleep it off, Dusty! 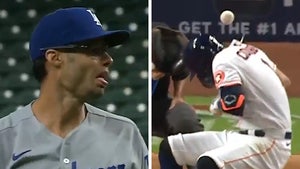