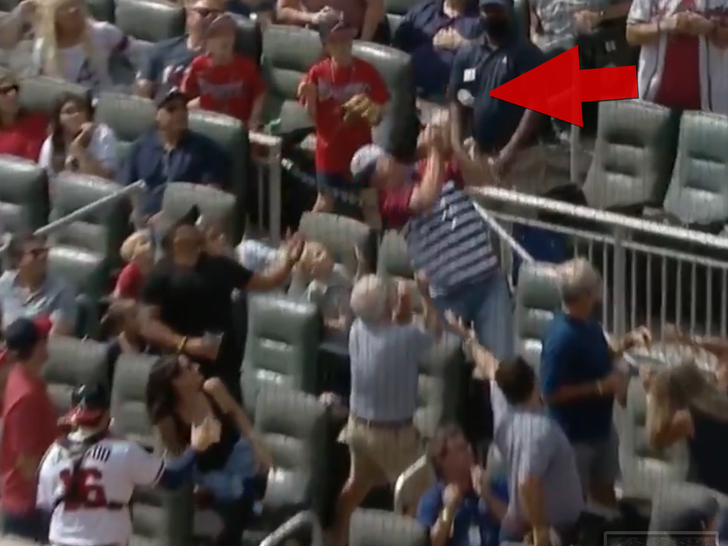 Chipper Jones' baseball skills have apparently deteriorated over the years ... 'cause the MLB legend just embarrassingly fumbled an attempt at catching a foul ball Monday.

The former Braves star's gaffe just went down in the second inning of Atlanta's playoff tilt with the Brewers ... when Milwaukee 2nd baseman Luis Urias hit a pop fly toward the ex-3rd baseman, who was sitting just a few rows behind home plate.

The ball was hit sky-high ... and despite camping underneath it and having a Hall of Fame baseball resume -- Chipper muffed the grab!!

The ball clanked off the 49-year-old's mitt ... and it ain't hard to see in the broadcast footage that he was pretty embarrassed.

The game's announcers had fun with the moment, with one ruling it an error -- and the other adding, "Poor Larry. That's going to be all over the place today."

In Chipper's defense, he hasn't played in a Big League game in 9 years ... so the debacle is at least kind of forgivable. 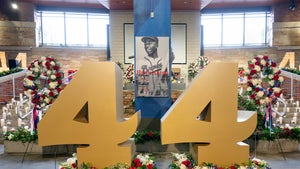 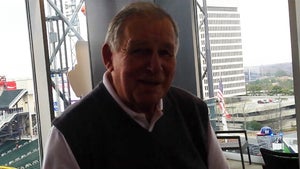