The NBA may have another Daryl Morey situation on its hands -- the league's Chinese broadcast partner has pulled Boston Celtics games from its site after Enes Kanter publicly denounced President Xi Jinping as a "brutal dictator" and posted a pro-Tibet video.

Kanter shared a nearly 3-minute long speech on the "cultural genocide" going on in Tibet ... saying, "Under the Chinese government's brutal rule, Tibetan people's basic rights and freedoms are nonexistent." 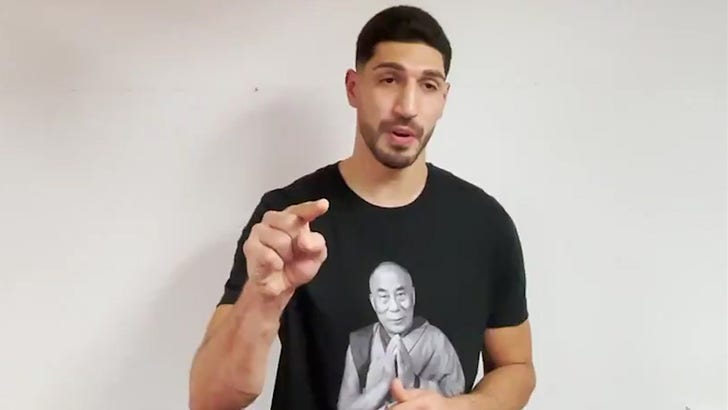 Shortly after Kanter posted his video, TenCent -- China's site for watching the NBA -- pulled Celtics replays and highlights from the web ... and Boston's upcoming games are no longer listed on the schedule.

FYI, Tencent reportedly signed a $1.5 BILLION deal to broadcast NBA games for 5 years. The Chinese market is incredibly important to the NBA, as basketball is very popular amongst the country's 1.44 billion population.

The situation is familiar to the backlash the league faced after Morey (who was GM of the Houston Rockets at the time) tweeted "fight for freedom, stand with Hong Kong" back in 2019.

The tweet created a ton of backlash in China ... with massive Chinese e-commerce site Taobao yanking all Rockets merchandise and CCTV pulling NBA games from broadcast.

Worth noting -- now that Morey is the GM in Philadelphia, Sixers games are not available to stream on Tencent either.

More than 150 Tibetan people have burned themselves alive!! — hoping that such an act would raise more awareness about Tibet.

I stand with my Tibetan brothers and sisters, and I support their calls for Freedom.#FreeTibet #FreedomShoes pic.twitter.com/MKxfs1l7GA

Kanter -- who's been an outspoken activist throughout his career -- took his message one step further by wearing "Free Tibet" sneakers at the Celtics vs. Knicks game on Wednesday ... which were designed by Chinese-Aussie artist Badiucao.

It'll be interesting to see how commish Adam Silver -- and the NBA's superstars -- react in the face of the comments. 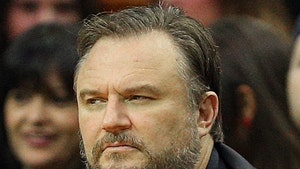 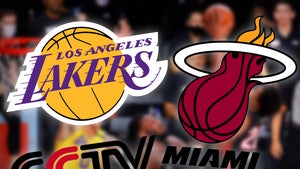