1:38 PM PT -- The alleged victim -- who has a child with Chung -- told cops the former football player hit her in the face twice and broke her cell phone during a heated altercation Monday.

It's all spelled out in new court docs, obtained by TMZ Sports, in which the woman says she and Chung initially got into an argument over the way Chung was dealing with their son.

The woman said, per cops in the docs, that Chung had gotten upset with their son while at the ex-Patriots player's home in Norton, MA, and then drove the boy to her place in Milton.

Once he arrived, the woman said to cops that Chung told the boy, "Your mom's a piece of s***" ... and then pushed her to the ground when she got close to him.

Cops say the woman said she hit her butt, back and neck on the pavement as a result of the push -- and officers noted in the docs the ground was wet due to rain and her backside did have water stains on it.

Cops say the woman told them Chung then hit her again with an open hand, and then stole her cell phone.

Officers say the woman said Chung then got into his car, and before he drove off, he threw her phone, causing it to break.

Officers note in the docs the woman had "no physical marks" on her face, though they did say she complained of pain several times.

Cops say they eventually located Chung at his home in Milton and arrested him there.

The judge released him on $10,000 bail. He's due back in court for a hearing on the matter in early January.

According to court documents, Chung was arrested by the Milton Police Department in Massachusetts on Monday.

Details surrounding the alleged incident are unclear ... but docs show prosecutors hit Chung with two charges on Tuesday -- vandalizing property and assault and battery on a family/household member.

The 34-year-old former New England defensive back is due in court later Tuesday for an arraignment hearing.

This is not Chung's first brush with the law -- as we previously reported, he was arrested back in 2019 after cops say they found him in possession of cocaine.

Chung was hit with a criminal charge over the allegations ... but he ultimately cut a plea deal with prosecutors to avoid jail time.

No word yet on if his arrest Monday violated any conditions of the agreement.

Patriots safety Patrick Chung back on the field after winning #SBLlll pic.twitter.com/i9JqTYfDMe

Chung just retired in March after an 11-year career in the NFL. 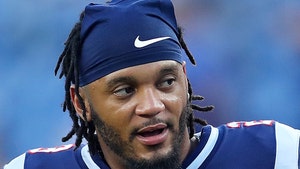 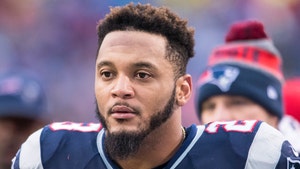