WARNING TO CERTAIN KIDS: LEAVE YOUR TRACK SUITS AND SLIP-ON VANS AT HOME THIS HALLOWEEN!!!

Three elementary schools near Syracuse are banning "Squid Game" costumes this week, because they say it sends a message of violence to impressionable students.

The principals justify the prohibition because of what they call "the potential violent message aligned with the costume." 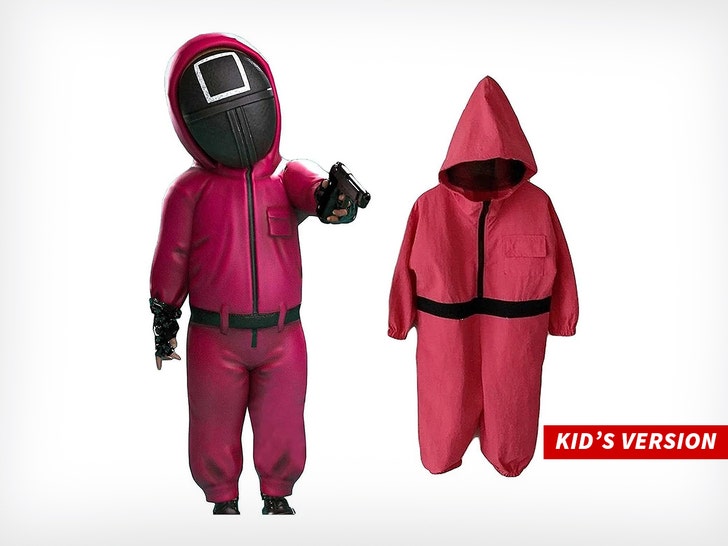 Parents from the 3 schools received emails saying, "We have observed some students at recess have been playing a version of [Squid Games] ... which is intended for mature audiences ages 16 and older. Due to concerns about the potential violent nature of the game, it is inappropriate for recess play or discussion at school" ... this according to WSTM, which obtained the emails.

The Superintendent of the school district, Craig Tice, told the Washington Post, "Because of this activity our principals wanted to make sure our families are aware that it would be inappropriate for any student to wear to school a Halloween costume from this show."

BTW ... "Squid Game" costumes are topping the list of Halloween getups ... at least on Insta.

As you know, "Squid Game" showcases children's games, like tug of war and red light/green light ... thing is, the losers get whacked.