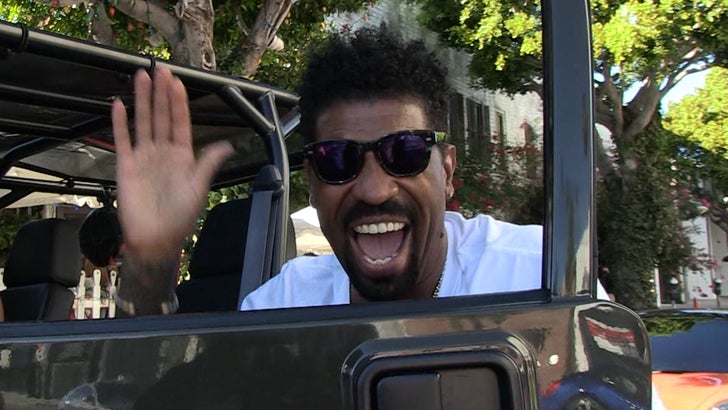 Somewhere in Hollywood right now, Deon Cole is still laughing -- at least we think so, based on his reaction to a hot-button Dave Chappelle topic we threw out to him.

The comedian and "Black-ish" star was bolting from The Ivy Thursday afternoon in WeHo when we asked what he thought about Chappelle's (half-joking, we think) demand for Netflix employees to admit fellow comic Hannah Gadsby is not funny, before he agrees to meet with them.

Admittedly, that could be a tough question for Deon, who's friends with Chappelle -- but tours a lot of comedy clubs too, and could run into Hannah from time to time.

Nevertheless, he responded, but you really gotta see how. This isn't just top-notch deflecting -- it's straight-up funny!!!

Dave's rebuttal came during his show last week in Nashville, and while he was most likely joking about the Hannah demand ... the joke landed hard for Deon.