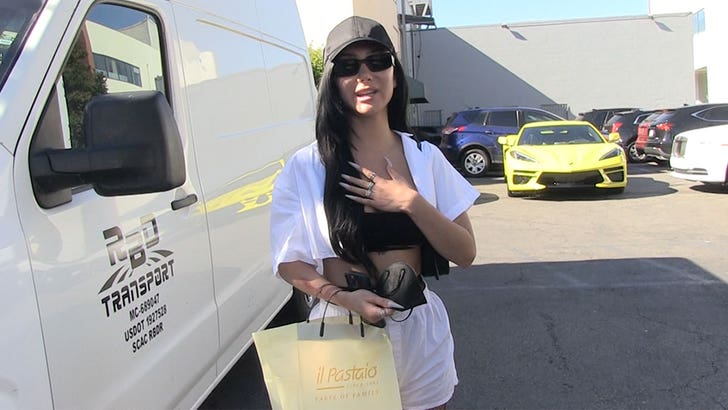 Nikita Dragun wants to take Dave Chappelle to school ... extending an olive branch of sorts, and offering him a chance to get an education on the transgender community.

We got the transgender influencer Wednesday at Il Pastaio in Beverly Hills and asked her about Dave's controversial LGBTQ+ jokes.

Nikita says both sides need more understanding and communication ... and she says one way to achieve that is through education.

She wants to help school Dave, sitting down with the comedian and coming at him in a non-threatening way.

As you know ... Dave's jokes are rubbing lots of folks the wrong way, including trans employees at Netflix, where his controversial special, "The Closer," streams.

There was even a walkout protest at Netflix HQ ... but as we've told you, Dave's saying he is down to meet with members of the transgender community to hear them out, with a few conditions.

Unclear if Nikita will be part of the conversation ... but she wants a shot.