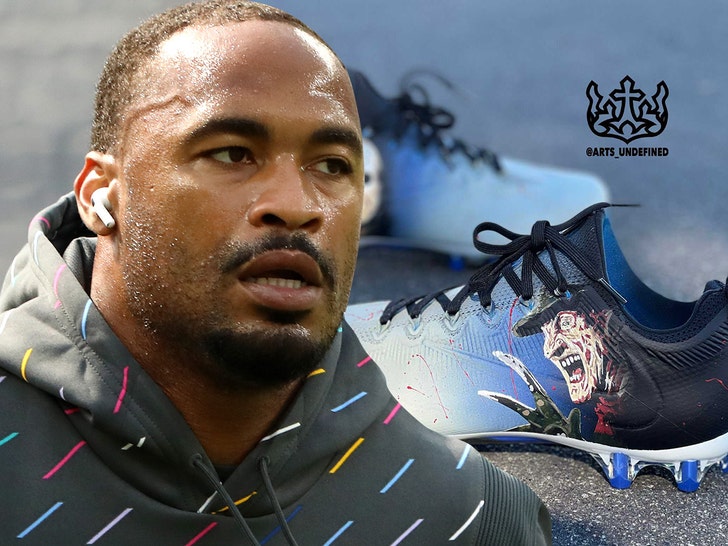 Halloween falling on an NFL Sunday doesn't happen often ... so Robert Woods made sure to take advantage of the occasion -- by coppin' awesome "'Freddy Vs. Jason" movie cleats!

TMZ Sports has learned the L.A. Rams receiver wanted to make sure he was all set with some scary cleats for the spooky holiday ... so he hit up his go-to artist, Joe Castro, to get the spikes done for his game against the Texans. 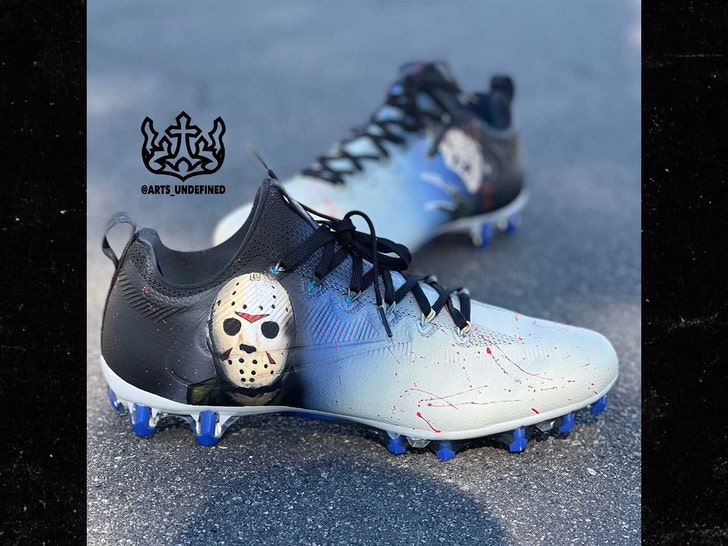 You can see the pieces came out awesome ... they feature Jason Voorhees and Freddy Krueger on the side of the Nike cleats ... with a splash of blood painted on them too. 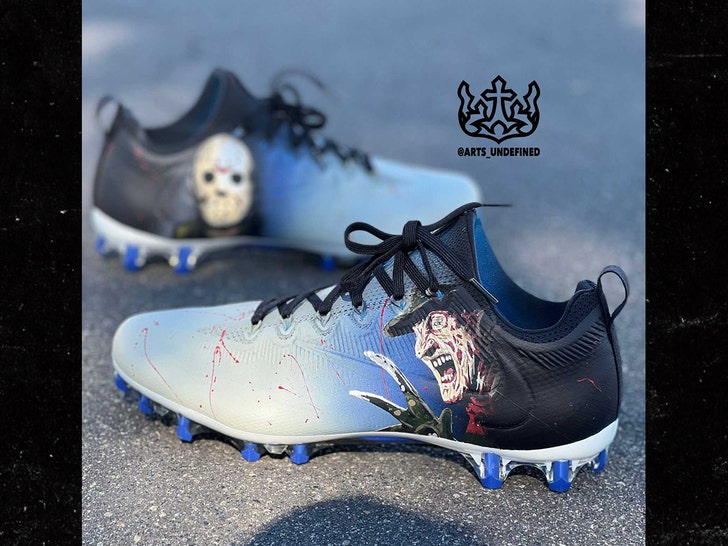 Castro tells us it took 7 hours to create the hockey-masked slasher and the bladed-glove slayer pieces ... and there's a good chance you'll see Woods wearing 'em during pregame warmups Sunday.

FYI, the last time Halloween fell on an NFL Sunday was 2010 -- so enjoy the rare opportunity for football AND trick-or-treating!! 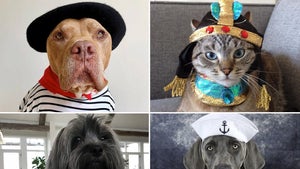 Celebrity Pets All Dressed Up For Halloween! 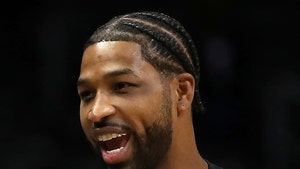