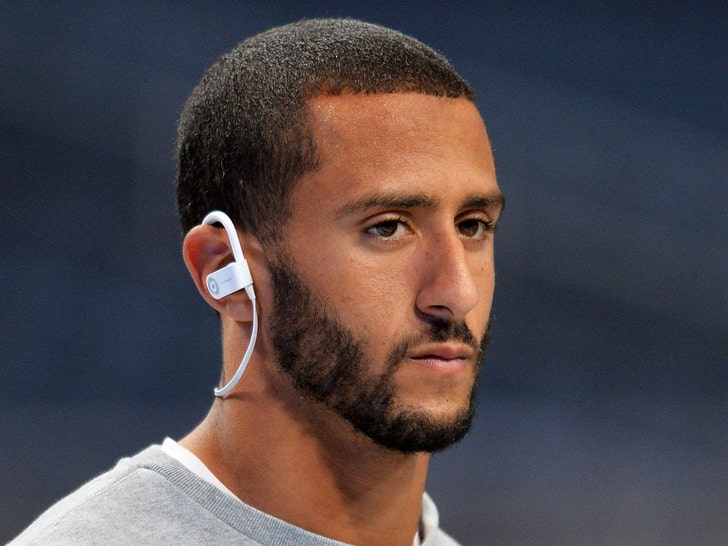 Colin Kaepernick's new Netflix documentary starts out with a bang -- making a literal comparison of playing for the NFL ... to being bought and sold in slavery.

The former quarterback-turned-activist begins the film -- titled 'Colin in Black and White' -- with an explainer of how guys get into the league ... noting the first step is trying out for a team, which begins with a combine. The camera follows him to a reenacted scene where players are going through practice and different drills on the field ... while officials look on.

He says potential players are "paraded out" in front of coaches, scouts and owners -- who measure their physical talents and on-field abilities. CK goes on to say coaches will tell players they want their guys to be warriors, killers, beasts and animals on the gridiron.

What Colin's getting at ... this is coded language, which he thinks lends to a larger power dynamic of slave master and slave -- and he makes a visual juxtaposition to hit it home.

The screen then jumps to a new scene ... in which the mostly Black players that were just running up and down the field are now standing on an auction block, shirtless and in shackles. You see white masters bartering over who to buy, and make an exchange.

Colin says teams "poke, prod and examine you" and search for any "defect" -- without any dignity or respect for said player. His point is that kids getting into this sports biz might not see it this way -- but he firmly insists, they're being groomed into a slave system.

It's a visceral and bold leap to make -- and there are A LOT of reactions ... some in favor, some against. Of course, Netflix was onboard with the messaging ... they're the ones airing it this weekend.