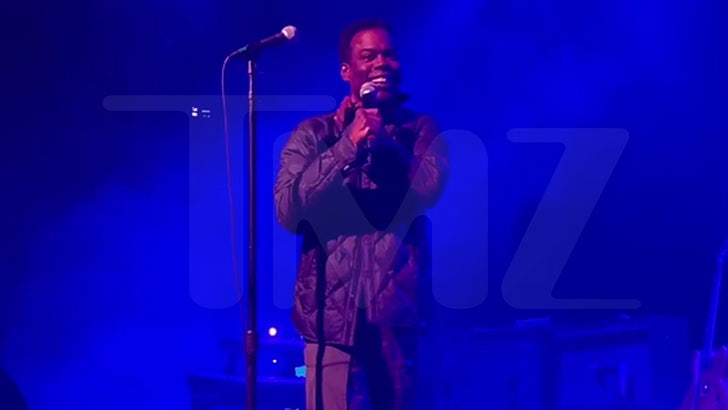 Chris Rock's making it clear where he stands in the vaxx/anti-vaxx debate by taking a big swipe at Kyrie Irving ... and he did it in a prime location.

Chris was onstage Wednesday night in Brooklyn along with a bunch of bands and comedians performing at an NFT Week event when he hyped up the crowd by calling out anti-vaxxers. He eased into it with a joke about wearing face masks at concerts, and then simply asked, "Where's my anti-vaxxers at?"

Oddly, the question actually drew some cheers -- NYC requires vaccinations to attend shows like this -- and then Rock hit 'em with ... "You dumb, Kyrie motherf******!!!"

Chris was just a few miles away from Barclays Center, where Kyrie will NOT be playing this season for his Brooklyn Nets -- but his joke still scored laughs from the hometown crowd. Remember, Chris is from Brooklyn ... but he's still a diehard Knicks fan.

Lil Baby, Questlove, Aziz Ansari, and Rich the Kid were some of the other performers -- and after Chris took his shot at Kyrie Irving, he introduced The Strokes.

Oh, before getting off the stage he also dropped a Johnson & Johnson vaccine joke. Funny stuff ... unless, of course, you got the J&J shot. 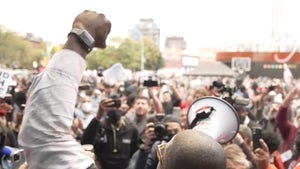