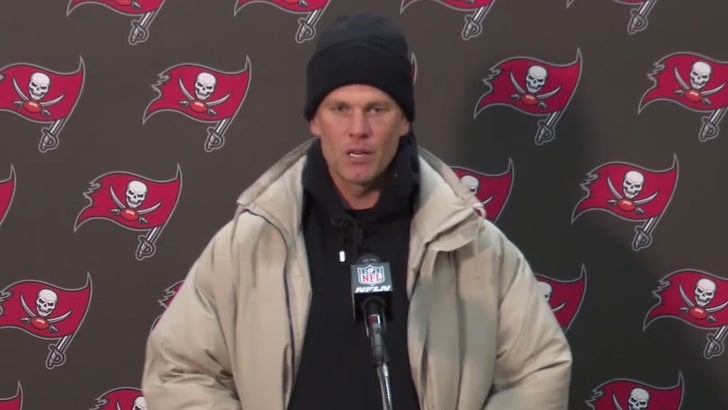 Add another record to Tom Brady's résumé-- shortest press conference ever -- 'cause the pissed off Tampa Bay Buccaneers QB fielded questions for a whopping one minute after a bad loss to the Washington Football Team on Sunday ... telling reporters to "make it quick."

Brady and the Bucs clearly weren't vibing in the 29-19 loss to the WFT ... with TB12 throwing two early interceptions that had Tampa Bay playing catchup for the rest of the game.

But, the 7-time Super Bowl champ wasn't ready to go in-depth with the media about what went wrong in the loss ... answering 3 total questions before storming off.

One reporter was shocked by Brady's quick exit ... saying, "That's it?!"

It's the second straight L for the Bucs, which probably played a role in Brady's mini temper tantrum ... but it's pretty interesting to see how the guy who seems to always win handle defeat.

Brady finished the game going 23-34 for 220 yards, two touchdowns and two interceptions ... as Tampa Bay fell to 6-3 and the Football Team earned their third win of the season.

On the bright side?? The Bucs play against the New York Giants on Monday Night Football next week ... so Tom will have a good chance to taste victory once again. 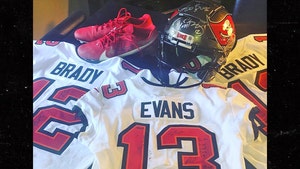