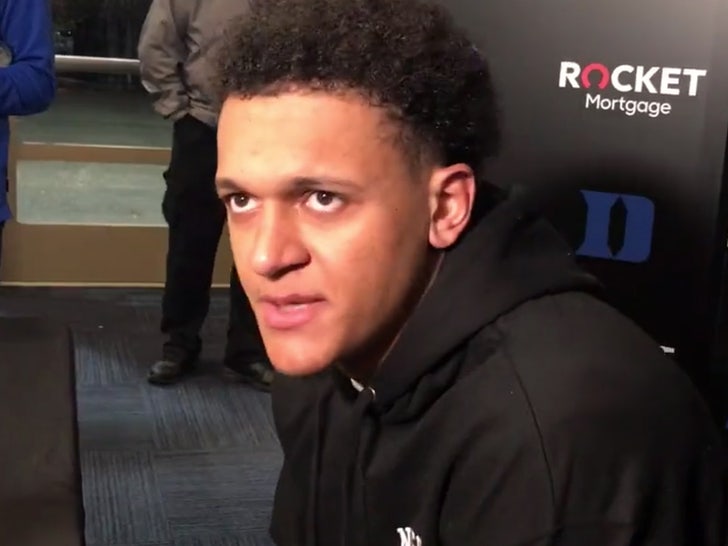 Duke basketball star Paolo Banchero is finally addressing his run-in with police near the Durham, NC campus ... vowing to learn a lesson after getting jammed up by the police.

As we previously reported, 19-year-old Banchero -- who many believe could be the #1 pick in the upcoming NBA Draft -- was cited for aiding and abetting his Duke teammate, Michael Savarino, who was busted for DWI last week.

20-year-old Savarino, who happens to be Coach K's grandson, was pulled over by North Carolina Highway Patrol after they allege he blew a stop sign.

Banchero was a passenger in the car at the time of the stop ... which ultimately led to his citation.

On Monday, Paolo finally broke his silence, telling the media he wasn't able to speak in specifics but made it clear he wants to move on past the incident.

"You can't really say much about it, but we learned from it and handled it as a team. We moved on and we want to get on with our season."

Banchero said he didn't regret the incident, adding, "My teammates had my back, so it wasn't too hard for me."

The freshman had his best performance of the season during Duke's 107-81 win over Citadel Monday night, dropping 28 points, and admitting the situation's been weighing on him the past week.

"I'm not going to say it wasn't on my mind the past two games. It was. I feel like today was a bounce-back game for me and I felt good out there.''

The likely future NBA star says he's ready to learn his lesson and move on with the season ... one Duke hopes will end in an NCAA championship.

"Got a big trip coming up. Two big games Gonzaga and Ohio State next Tuesday." 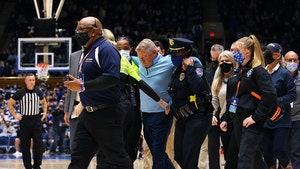 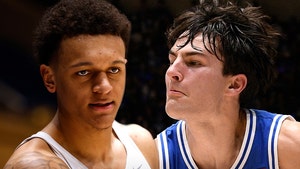