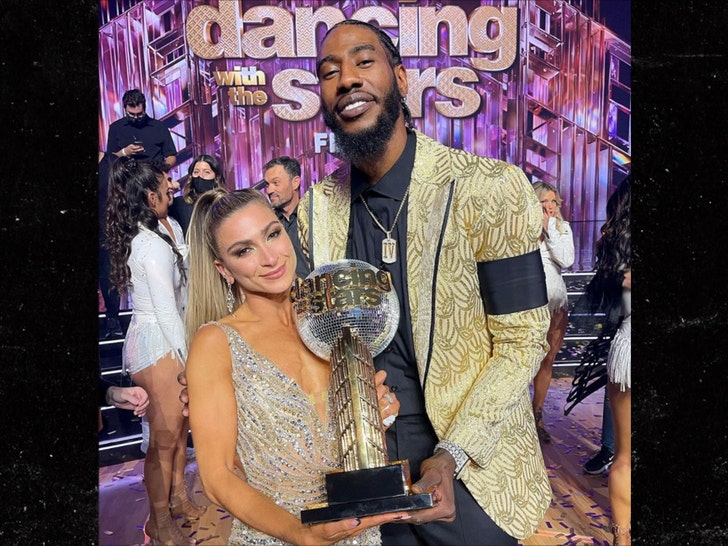 Iman Shumpert is a champion once again ... and just like coming back from a 3-1 lead, it was a shocking upset win.

The former Cavs guard -- who made history when he became the first former pro hoops player to advance to the finals of "Dancing with the Stars" last week -- took home the Mirror Ball trophy with his partner, Daniella, after a freestyle dance that had all of social media talking.

It was a nail-biter 'til the end ... and a lot of folks thought Siwa was going to take it all. But, there can only be one winner, and it was the 6'5" hooper crowned champ.

Shumpert is the first NBA player to ever win it all ... joining other pro athletes like Emmitt Smith, Shawn Johnson, Hines Ward and more who have come in first. 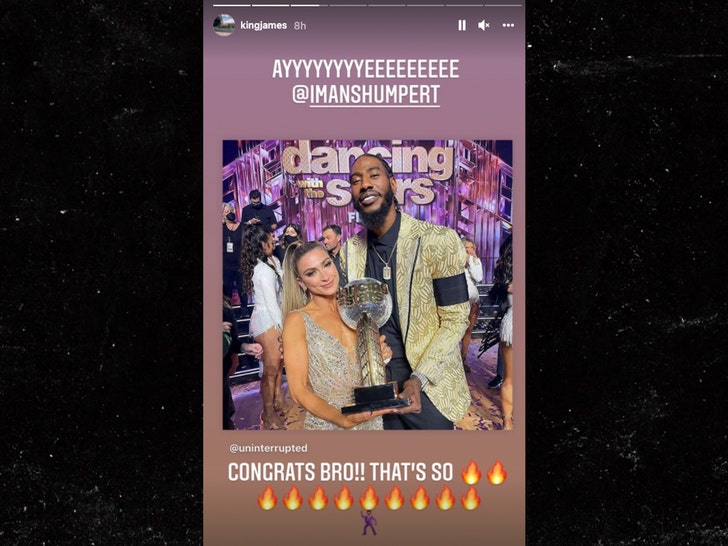 As we previously reported, Iman's wife, Teyana Taylor told us before the show the NBAer had an advantage after spending countless hours at her dance rehearsals -- and it clearly paid off!!

Shumpert tasted victory in 2016 with the Cleveland Cavaliers ... becoming the first team to come back from a 3-1 deficit to win it all.