Jen Shah wants the judge in her upcoming fraud trial to dismiss the criminal case against her, saying it's all because of what federal agents chatted about to Hulu cameras.

According to new legal docs, obtained by TMZ ... "The Real Housewives of Salt Lake City" star says the streaming service interviewed two specials agents from Homeland Security for a new documentary, where they gave out details about the investigation that weren't publicly available and opined on Shah, offering lots of commentary on the "lavish lifestyle" of "fraudsters."

Jen claims Agent Rick Patel specifically commented on the circumstances surrounding her arrest ... and says Agent Agnieszka Norman made "highly prejudicial" statements about her allegedly hiding money in offshore accounts, even going so far as to suggest the origin of the case against Shah came from an investigation into a narcotics smuggling ring.

As we reported ... Jen was arrested back in March for allegedly targeting and scamming folks out of their money, with the feds recently accusing her of "greater culpability" in the scheme. The trial is scheduled to get underway in March, and she's claimed total innocence and pled not guilty.

In the docs, Jen says the agents' statements on the ABC News doc "The Housewife and the Shah Shocker" destroyed any chance of her getting a fair trial by tainting the jury pool because the program is full of opinions that will lead people to presume she's guilty.

Shah not only wants permission to file a motion to dismiss the indictment against her, but she also wants to hit the feds with sanctions and wants the judge to order them to hand over any other info about any other collabs prosecutors' and the feds' might have with the media regarding her case. 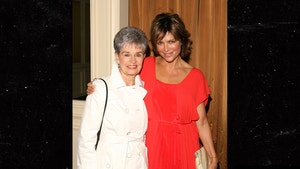