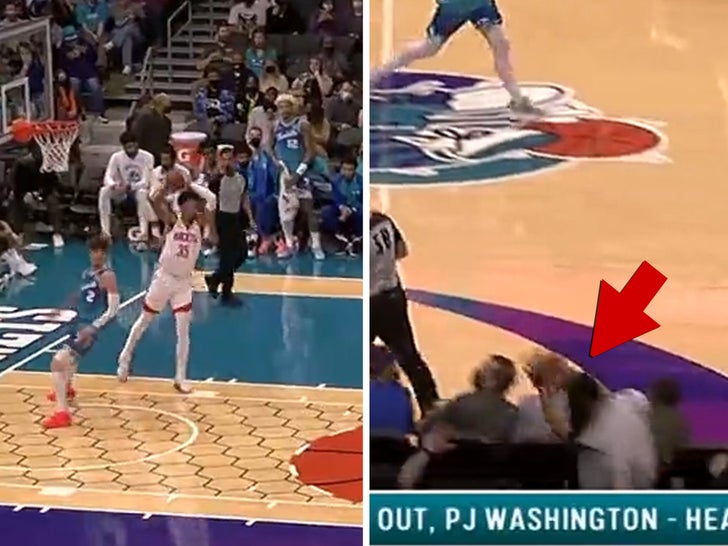 Houston Rockets star Christian Wood nailed a fan in the forehead with a wayward pass on Monday ... and he felt so badly about it afterward, he offered up free tickets as an apology.

The wild scene all went down in the Rockets' tilt with the Charlotte Hornets at Spectrum Center, when Wood was trying to start a fastbreak at the end of the first half.

Christian Wood nailed a fan with an errant pass 😅 pic.twitter.com/Au16h722bF

Wood grabbed the rebound, turned, and then heaved a pass to his teammate that was so errant, it sailed into the stands and plunked a woman right in the noggin.

You can see in the video, the ball hit the fan flush -- sending her crashing to the ground. 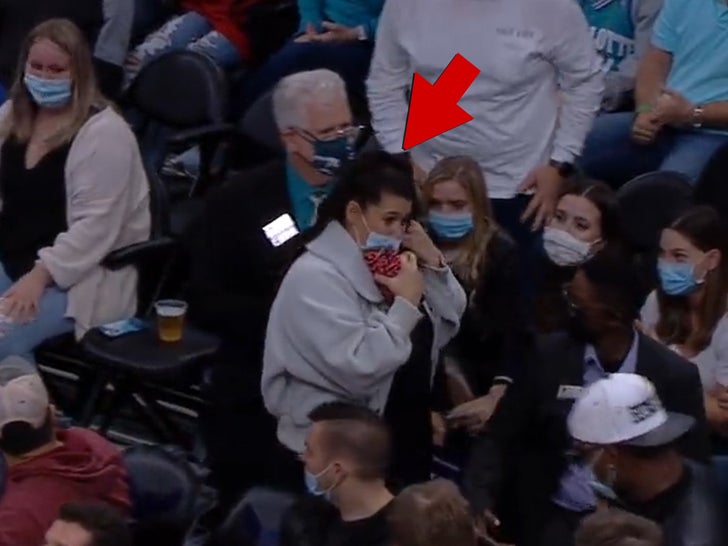 Wood and the rest of his Rockets teammates clearly felt awful -- but somehow, the woman appeared to walk away without any sort of injuries.

After the game, Wood apologizes for the terrible throw ... saying, "happens to the best of us." 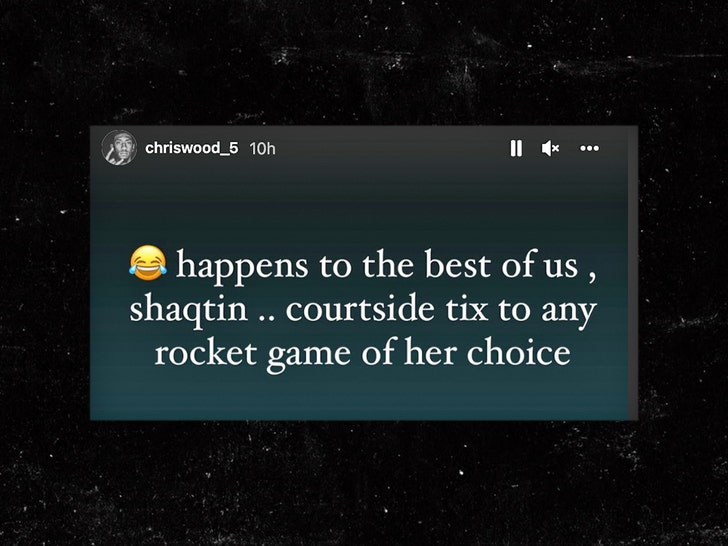 "Courtside tix to any rocket game of her choice," he added.

By the way, things didn't get much better for Wood as the night went on ... Houston ended up getting blown out, 123-99.

And, you thought your Monday was rough. 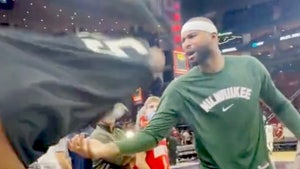 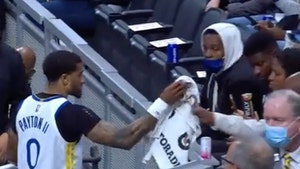