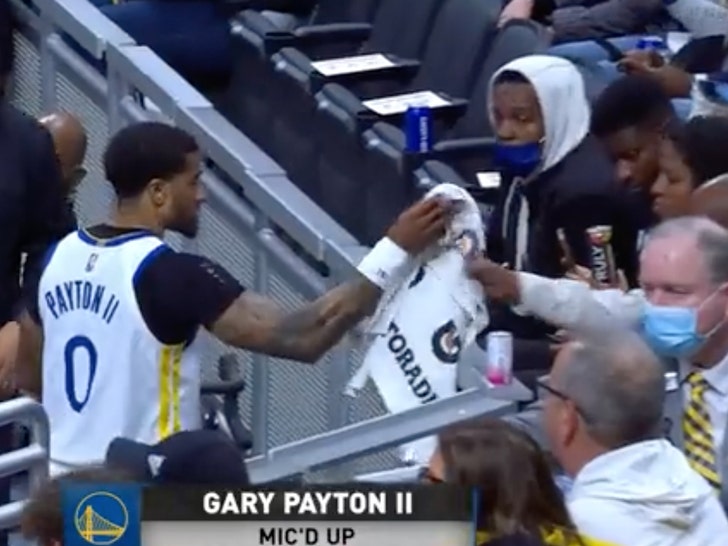 Warriors guard Gary Payton II just earned the respect of one NBA fan in Indiana ... 'cause after he accidentally spilled the person's drink, he made sure a replacement got sent over ASAP!

The 29-year-old -- who just so happened to be mic'd up when the interaction happened -- inadvertently knocked over the Truly while he was leaning over some railing on Golden State's sideline.

Gary Payton II is a man of the people 😂 pic.twitter.com/s0QAoIwHpZ

The son of Hall of Famer Gary Payton was immediately embarrassed, saying out loud, "My fault! My fault!"

But, seconds later, he made things right.

"What'd you have, a Truly?" Payton II asked, before flagging down a staffer to send over another drink.

Payton II then handed the fan a towel to clean up the mess ... before cameras later caught him apologizing again, and even dapping up the fan.

As for the game ... Payton II and the Dubs knocked off the Pacers, 102-100, thanks to some late-game magic from Stephen Curry. 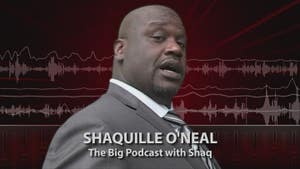 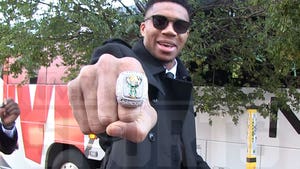