The NFL playoff season has been whittled down to divisions and these famous fans are having a field day with one of the most important members of the football team ... the mascot!

Adriana Lima laughs it up with T.D. representing the Miami Dolphins, Rob Lowe proves he is number one with the Los Angeles Rams' Rampage, Nick Swardson celebrates a win with Minnesota Vikings icon Viktor the Viking, and Jesse Metcalfe & Cara Santana pose on the field with Rowdy from the Dallas Cowboys.

Kickoff your football Sunday with these famous fans cheering alongside their favorite mascots! 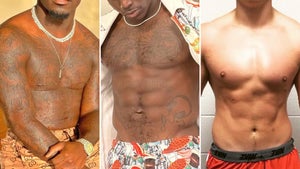 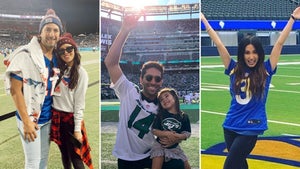 Stars On The Sidelines -- Famous NFL Fans Have A Field Day!