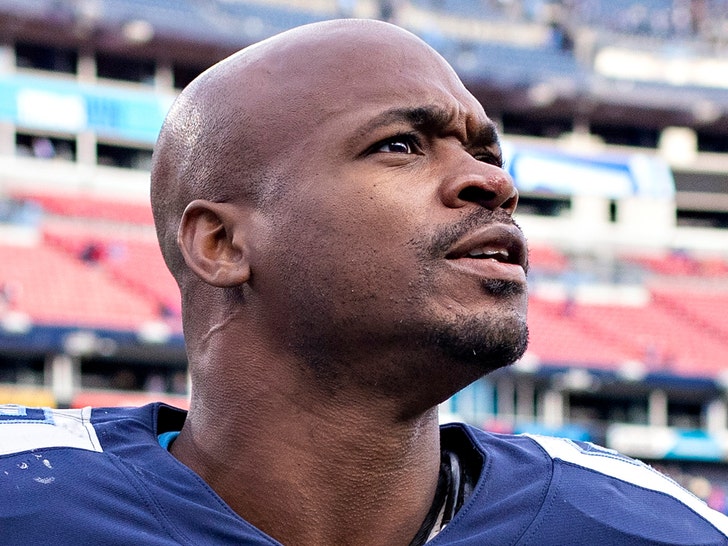 1:58 PM PT -- A rep for Adrian and Ashley tells TMZ ... "Earlier today Adrian and his wife Ashley had a verbal argument on a flight, and he was removed from the plane. This is a private misunderstanding between husband and wife and we anticipate it will all be resolved shortly."

Sources familiar with the case also tell us ... Adrian is due to be released from custody soon.

Adrian Peterson is gonna be in a jail cell this weekend, 'cause he was arrested on his way out of Los Angeles ... TMZ has learned.

Law enforcement sources tell us the ex-Vikings running back was arrested and booked for felony domestic violence Sunday at LAX -- this after airport police got a call at about 8:30 AM over a disturbance on an aircraft leaving LAX and attempting to take off en route to Houston.

We're told the plane actually had to turn around and link up with the gate again after an apparent verbal and physical altercation between a man and woman. 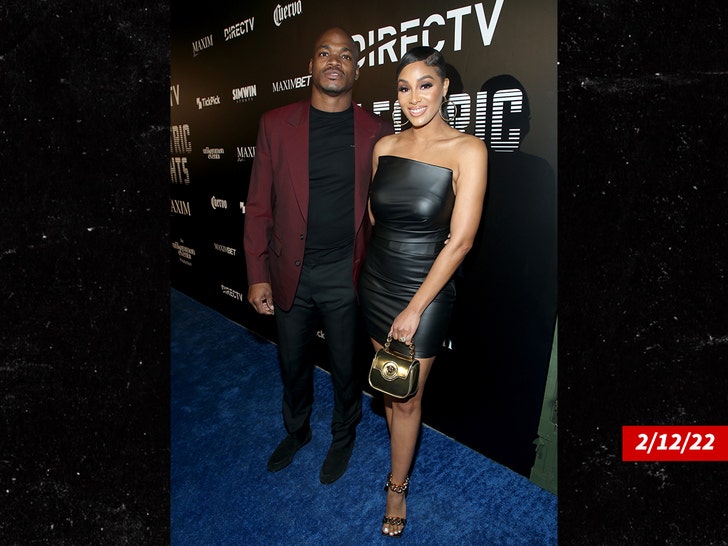 After a preliminary investigation -- and after making required notifications to the FBI -- our sources say Peterson was taken into custody ... as the alleged victim was seen to have sustained a small mark from whatever happened. Indeed ... we're told the woman is Peterson's wife, Ashley Brown.

After her husband was hauled off the plane, we're told the flight was able to depart as planned ... which included Ashley, who stayed on board with the rest of the passengers.

The two of them were in town the night prior, attending a Super Bowl event put on by DIRECTV.

We've reached out to Peterson's camp ... so far, no word back. 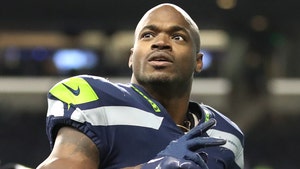 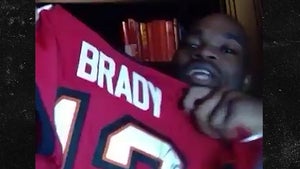 Adrian Peterson Gunning To Play With Tom Brady in 2021, Sign Me, Bucs!