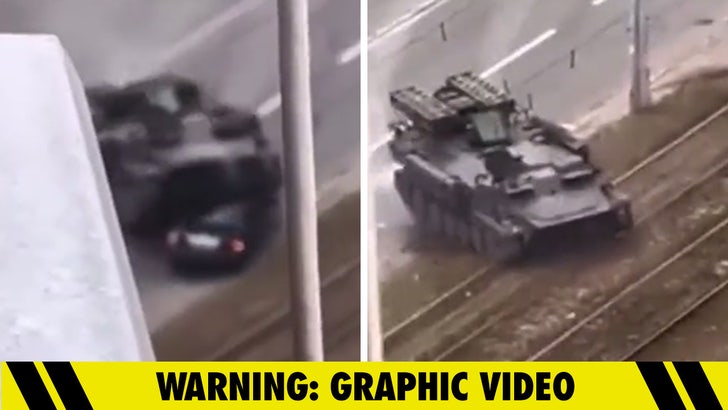 New evidence of the brutality Ukrainian civilians are suffering at the hands of Russian forces -- video of a tank flattening a car on the streets of Kyiv, but somehow the driver is still alive.

The horrifying scene unfolded in Ukraine's capital as a tank rolled down a desolate surface street ... until it suddenly, and intentionally, swerved to crush a sedan driving in the opposite direction.

The citizens recording the scene screamed out, obviously thinking the driver had been killed. Aftermath video does show the car severely damaged, but you also see the man behind the wheel alive ... though clearly injured.

Several people gathered around to peel back the car's frame ... attempting to free the man from the wreckage. 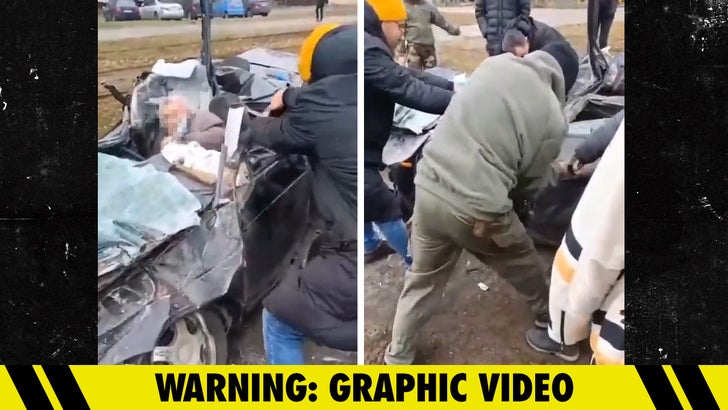 As you can see, the top of the car was torn off, and the rescuers had to use a crowbar to pry open the driver's side door.

The video started going viral Friday, and there are conflicting reports about whether the tank belongs to the Russian army or a Ukrainian tank hijacked by Russian troops.

Either way, it's a miracle the man in the car survived the violent encounter. 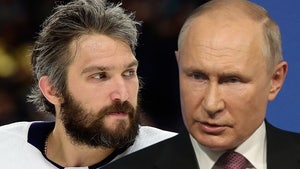 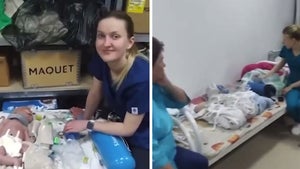