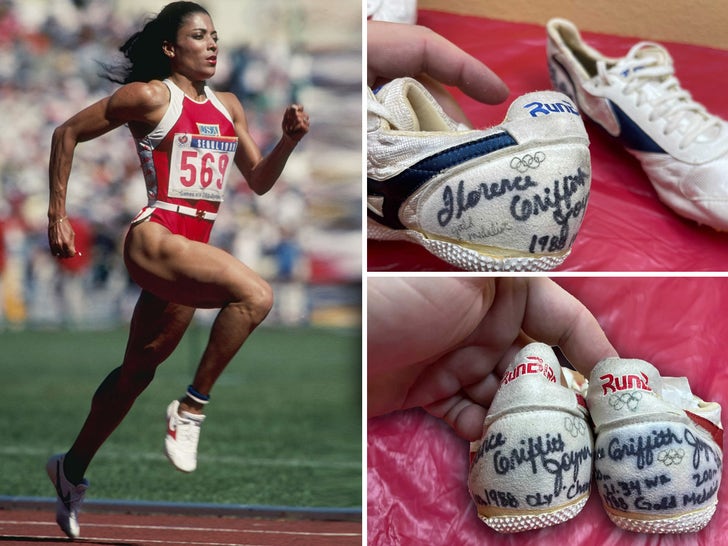 Rene tells TMZ ... his friend George bought Flo-Jo's storage locker 8 years ago in the San Diego area. Rene says he dropped several thousand dollars to take the Olympic content off his hands ... and the haul is impressive! 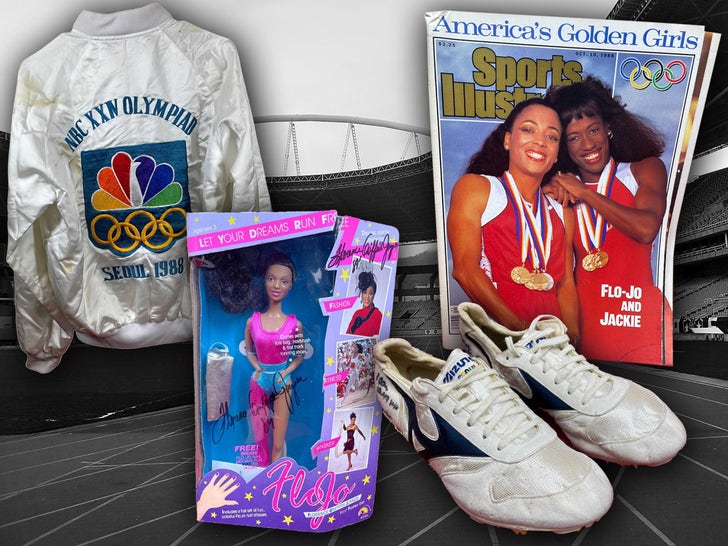 Rene walked away with Florence's Olympic jacket and even her signed track shoes -- the ones that she wore while breaking world records! As you'll recall, Joyner broke records in the 1988 Seoul Olympics ... for both the 100m and 200m dash! She took home 3 gold medals that year. 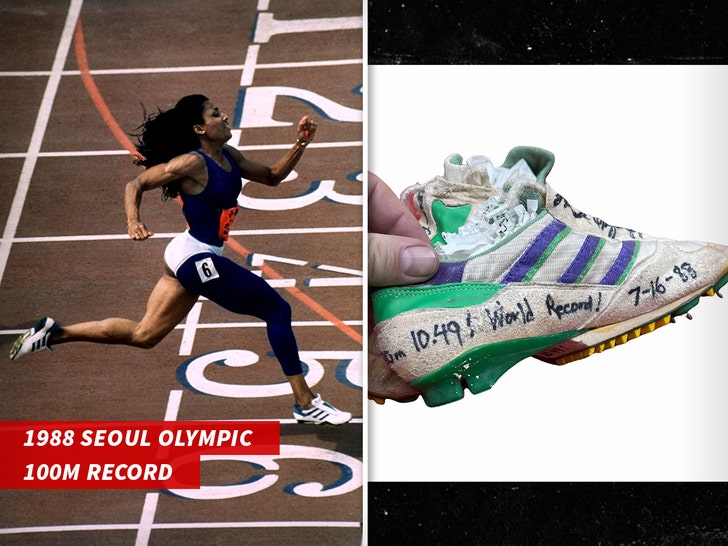 Also bought by Rene are rare photos, magazines featuring her, and autographed Flo-Jo Barbie dolls ... talk about a blast from the past!

Rene says he'll likely sell the pieces of history on eBay or through collectible auction house Heritage Auctions ... but if a member of Flo-Jo's family reaches out, he might work out a deal with them to return her personal items.

Flo-Jo died in 1998 after suffering a fatal epileptic seizure in her sleep. Apparently, her family paid the bills for the storage rental for years, but for some reason stopped, and that's why the locker went up for action.

The Flo-Jo locker haul will not be featured on season 14 of "Storage Wars," which premieres on March 8. 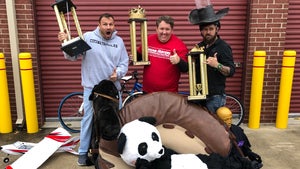