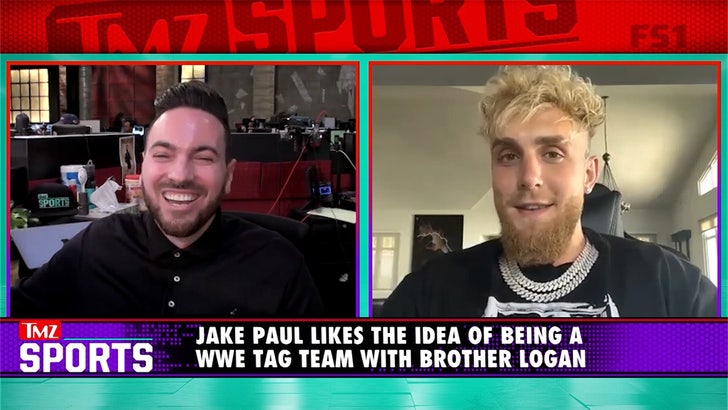 2:47 PM PT -- Seems the Logan Paul-Jake Paul WWE tag team could be one step closer to becoming a reality. The Problem Child was a guest on tonight's "TMZ Sports" TV show (airs on FS1) ... and he told us he's absolutely down to wrestle.

We also talked to Jake about everything from the Kanye West and Pete Davidson beef, to his future in MMA and a super fight with Conor McGregor.

Check out the full show tonight! 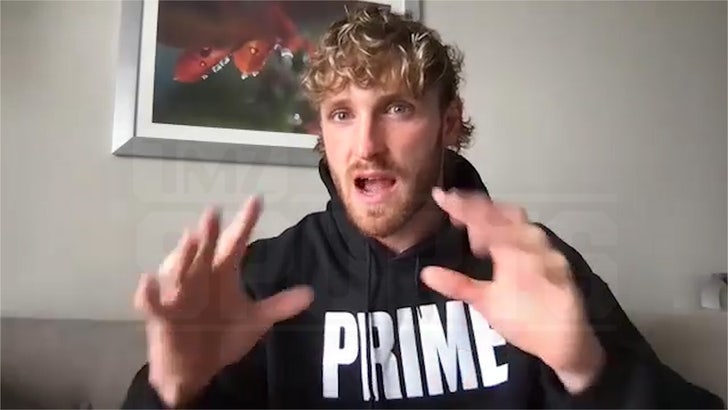 Logan Paul's wrestling Rey Mysterio and his WWE Superstar son Dominik in less than 3 weeks ... but WrestleMania might not be the last time you see Paul in a squared circle 'cause he tells TMZ Sports he's down to wrestle on a regular basis.

We talked to the 26-year-old YouTuber and combat sports star ahead of his WrestleMania 38 tag team match (more on that later) ... and asked Logan how training was going with his tag team partner, The Miz.

"Bro, I am so ready, it's ridiculous. I'm not kidding, I'm very good at this sport. It comes so natural to me. I've been training but honestly bro, it's light work," Paul told us.

FYI, The Miz told us a few weeks ago Logan was an "Absolute natural." 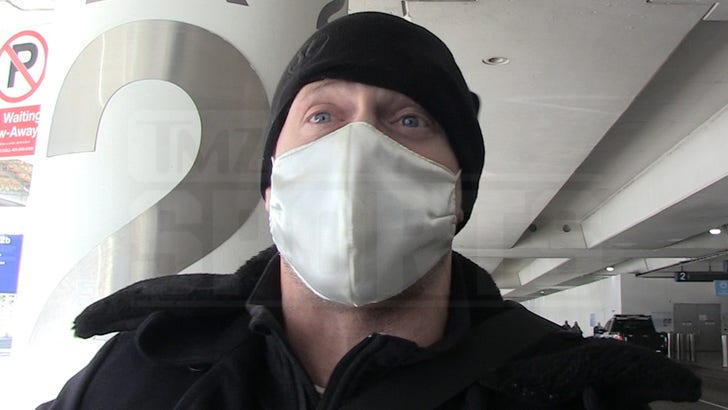 We asked Logan if he'd consider signing with WWE ... and wrestle on a regular basis.

"I think I'm good, I'm f**king biased though because I'm me. If they like my performance and they like what I can bring to the table, then maybe I'll entertain that convo."

And, if the fans want him?

"Yeah, absolutely. It's fun, dude. It's really, really fun. I just got done with training this morning and I come back like 'Yo!' Yeah dude, it's awesome."

Logan -- who boxed Floyd Mayweather last year in an exhibition bout -- says he's been training with The Miz leading up to the Mania matchup.

"He's an awesome partner and mentor. Obviously, he's been in this business forever and is a star himself, so having him by my side to kind of like handle me through the basics is fantastic. I'm learning quick and the more I learn, the quicker I'm learning. It takes me one attempt at a thing before I got it and once I know the ins and outs of the sport, I mean sky's the limit, to be honest."

As much as he loves The Miz, we asked Logan if he'd ever team up with his brother Jake.

"That's a fantastic idea. I never thought about it. That's a great idea, oh my God. Yeah, man I could definitely see that happen. Sheesh, that'd be nutty!" 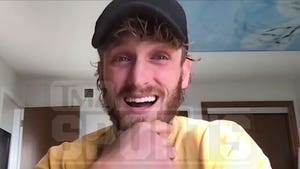 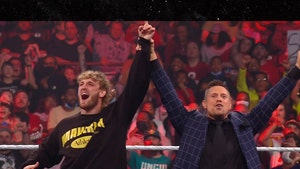