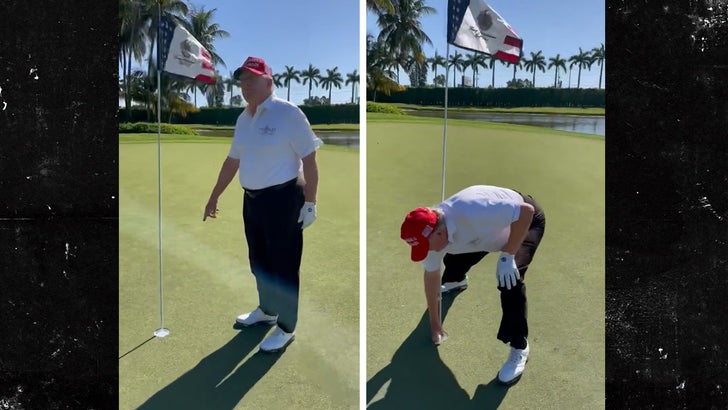 Donald Trump is setting the record straight, or at least so he says ... claiming in a statement Monday he did, in fact, sink a hole-in-one while golfing with Ernie Els over the weekend.

Trump released the statement after social media accused the 75-year-old and his pals of lying about accomplishing the feat. Fact is, Trump legendarily has cheated on the greens before.

According to Trump, he was out at the Trump International Golf Club in West Palm Beach, Fla. on Saturday ... when he stepped to the tee box on a Par-3 with an iron in his hands.

"I hit a 5-iron, which sailed magnificently into a rather strong wind, with approximately 5 feet of cut," Trump said, "whereupon it bounced twice and then went clank, into the hole."

🚨TRUMP JUST MADE A HOLE-IN-ONE! pic.twitter.com/89lrgsGkjT

Trump spokesperson Taylor Budowich shared video of the aftermath of the shot ... showing Trump and his golfing partners walking up to the cup with joy. Not a smoking gun, for sure.

In the clip, you can see Trump grab the ball out of the hole -- and high-five everyone in attendance, including Els.

Trump wouldn't say if the ace helped him and Els beat playing partners Gene Sauers, Mike Goodes, and Ken Duke ... but his wry statement sure seemed to insinuate it.

"I won't tell you who won because I am a very modest individual, and you will then say I was bragging," Trump said, "and I don't like people who brag!" 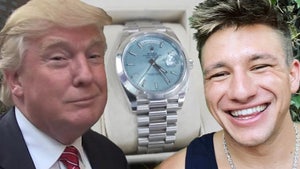 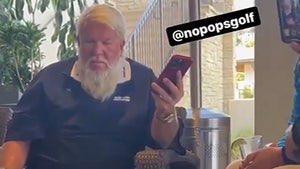