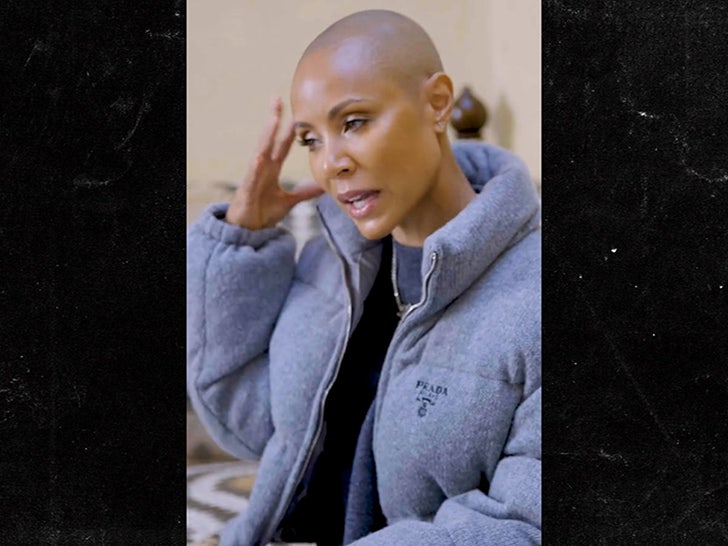 Jada Pinkett Smith's husband may have tried to avenge Chris Rock's jab about her hair, but Jada herself said she couldn't care less what people think about it ... just days before the Oscars.

The "Red Table Talk" host posted a TikTok video just 4 days before Sunday night's ceremony, and it was all about hair ...  "Being a Black woman and dealing with hair in Hollywood, in the era I came up in, having your hair look as European as possible was always the thing, and that was really challenging because I liked my hair out wild and curly."

Jada says ... "I feel the freedom today. I don't give two craps what people think of this bald head of mine. Because guess what? I love it."

So, now the question ... if that was Jada's mindset going into the Oscars, was Will's reaction really about hair, or was it about simmering anger toward Rock? As you know, during the 2016 Oscar ceremony, Chris took potshots at both Will and Jada ... trashing Will's movie, "Wild Wild West," and calling Jada irrelevant after she said she was boycotting the ceremony.

Sources connected to both Will and Chris tell TMZ, there was love lost between Chris and the Smiths, and when Will and Jada watched Chris they were braced for another shot.

Chris delivered the shot, and Jada's eyeroll may have been more about, "You see, he did it to us again," than anger over the hair reference ... and when Will saw her, he just lost it. 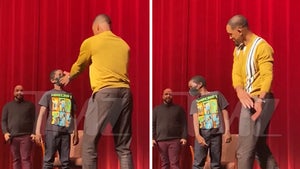 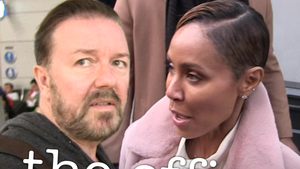