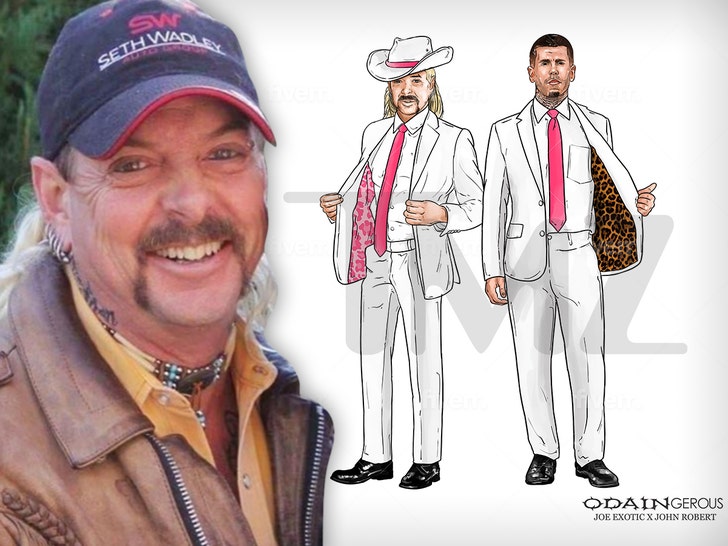 Joe Exotic is getting ready to serve looks while he's serving time ... because a fashion designer is creating a getup that is perfect for tying the knot behind bars!!!

Odain Watson of Odaingerous tells TMZ … Joe's attorneys reached out to him to talk design options for Joe and his fiancé John Graham. The all-white tuxedos will be crafted in Italy and run $11.5K a pop. 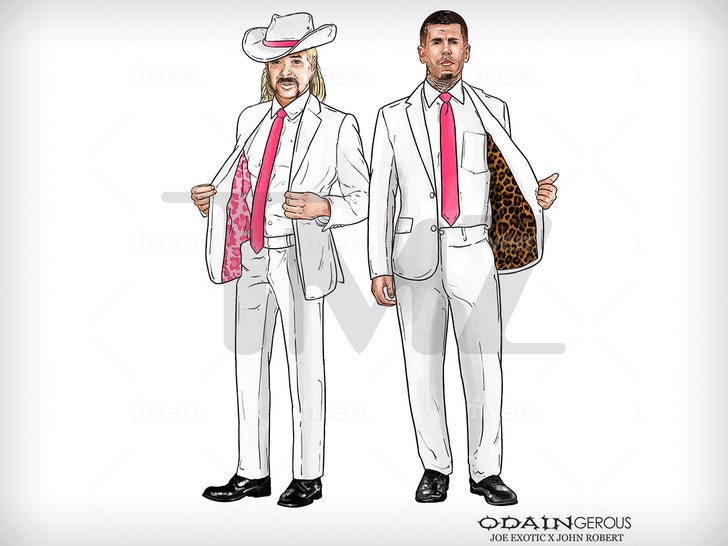 Each jacket has a custom silk tiger print lining -- Joe gets the pink version while fiancé John will be sporting a more traditional style.

Unclear if Joe will be able to get his measurements taken -- you know, prison and all --  so Odain will probably have to work off a model of a similar height and weight. 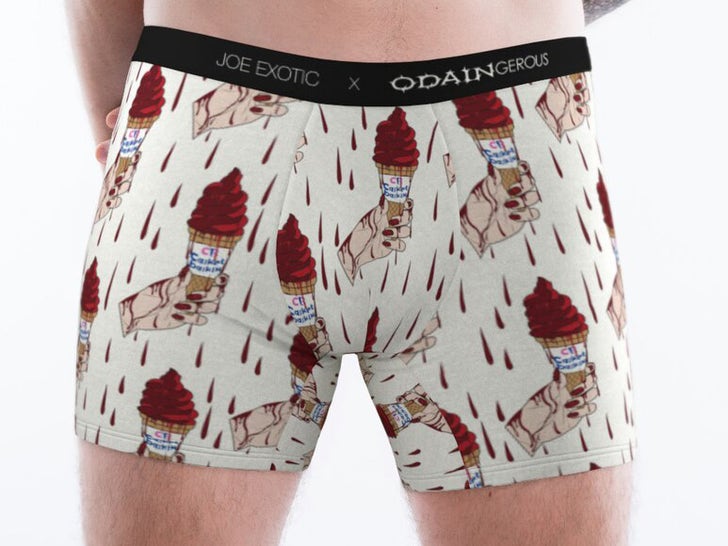 The two have worked together in the past ... the 'Tiger King' star signed a deal with Odaingerous in 2020, releasing streetwear, custom shoes and even a line of underwear. The top seller was the limited edition "Casket Baskin" boxer briefs ... which depict blood-red ice cream in a cone reminiscent of Baskin-Robbins.

The wedding can't go down for 4 to 6 weeks ... that's the length of time it takes to make the tuxes. Hopefully, there won't be supply chain issues.

As we reported, John met Joe while serving time at FMC Fort Worth in Texas ... the bond they have could only be described by Joe as similar to the one in "Twilight." 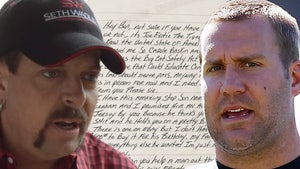 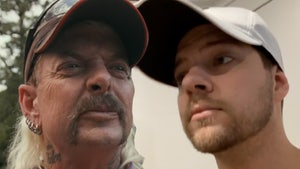