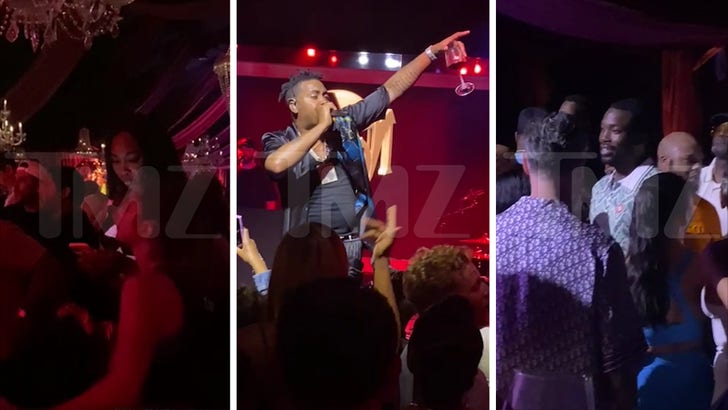 Nas went from a King of New York to an Emperor in Miami this weekend -- the guy headlined a banger of a show to round out the Formula 1 event in town ... and killed it.

The rapper took the stage Sunday at Carbone Beach, where the whole joint went on a trip down memory lane to some of his early hits in the '90s ... including a ton of 'Illmatic' tracks that the crowd was vibing to in what appears to have been a pretty intimate setting.

Speaking of that audience ... it was about as star-studded as they come. Some of the A-listers in attendance -- DJ Khaled, Venus Williams, Jamie Foxx, Hailee Steinfeld, Brooklyn Beckham and Nicola Peltz, Busta Rhymes, Lindsey Vonn, Kevin Love, LeBron James, Rich Paul, Maverick Carter, Meek Mill, Timbaland, and Karrueche Tran ... among others. 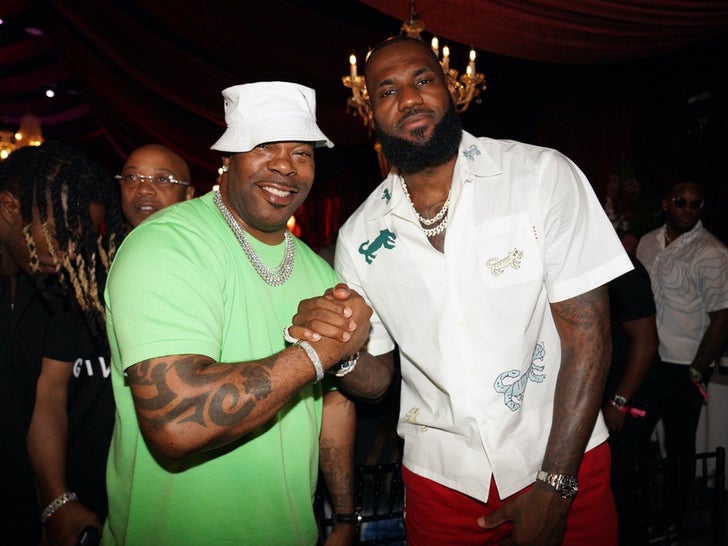 Nas himself played to the spectators throughout his set, all while holding some sort of beverage in his hand. Looks like it was a boozy affair -- just about everyone seemed to have a cocktail to themselves.

Definitely a great way to end the week, and Nas's performance is right up there with Travis Scott's show from Saturday night ... where the guy rocked the mic in full capacity, the first since he's done a show like that since Astroworld.

If there was any question about it before, it's answered now ... Miami was the place to be.