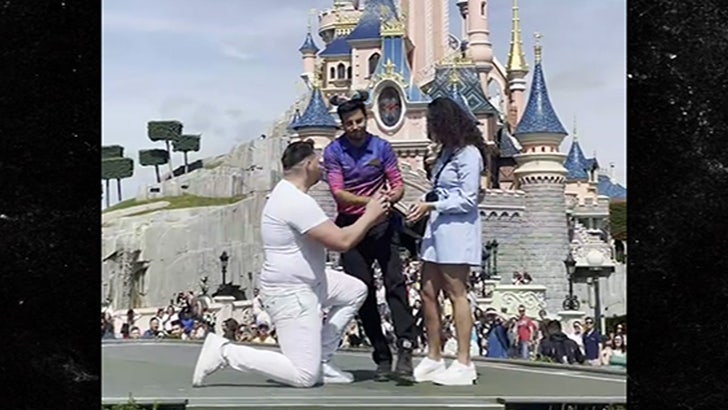 Disney apparently hates love ... is what a lot of people are saying after seeing this -- one of their employees playing super cop at a park over a proposal that was almost awesome.

Check out this insane interaction between a Disneyland Paris staffer -- who's all decked out in ears and everything -- literally intercepting an engagement ring as a man gets on bended knee ... about to pop the question to his significant other. Dude needs an NFL contract! 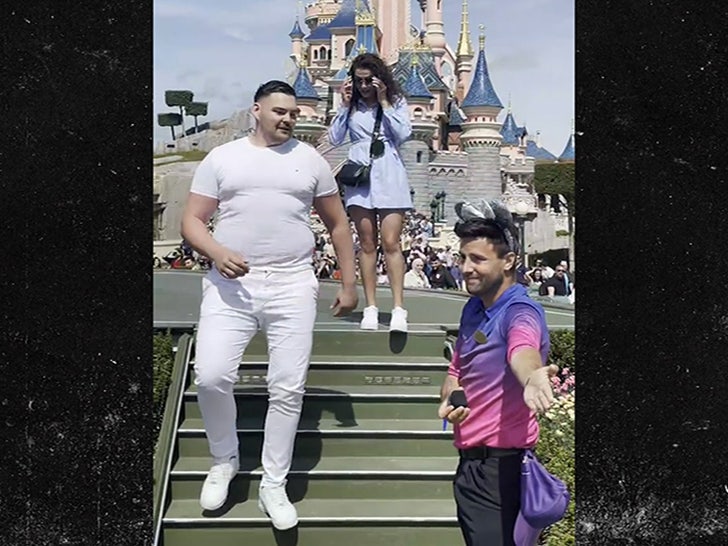 He comes out of nowhere just before the woman is about to accept the ring -- and say yes, we imagine -- pointing them down to a lower level of the platform ... right this way, please.

The guy seems to try and reason with the over-zealous employee -- word is, he'd actually gotten permission to propose there from another worker -- but Mouse Man isn't having it ... telling him, you can do it over here just the same. Too late though ... the mood was ruined.

BTW ... there have been reports of other moments like this, including an instance here in the States (L.A., specifically). This incident apparently went down earlier this year in March, where another man was trying to become a husband-to-be ... only to be escorted away.

Unclear what the deal is here ... maybe Disney has a policy about where exactly you can propose, if anywhere. Nonetheless, regarding the French wet blanket -- Disney apologized. 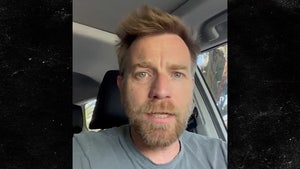 You Might Want to Rethink Tying The Knot Viral Disney