The days of Dodger fans getting nuts thrown in their faces are long gone -- famous vendor Roger Owens has been banned from his traditional peanut bag-tossing routine ... with officials deeming the practice too dangerous.

79-year-old Owens -- who's famous for his theatrics when delivering a bag of nuts to fans at Dodger Stadium for decades -- claims he's been told by his bosses to refrain from his signature delivery while walking the aisles of the park.

The reason?? Levy Restaurants -- which is in charge of concessions at the stadium -- believes Owens' peanut pitching is a safety concern for spectators.

Roger Owens has been pitching peanuts for the Dodgers for 59 years! He's still got it! For more read @TomHoffarthSCNG upcoming story. pic.twitter.com/15w65ktwJf

"I'm so heartbroken about this," Owens told the Los Angeles Times.

The vendor -- who was featured on the "Tonight Show" with Johnny Carson, as well as several movies and TV shows -- isn't going to fight the decision ... but says he's always been responsible with his craft ... and his goal has always been for the fans to be able to catch their purchases.

"They have time to see it coming," Owens told the outlet. "It’s not some bullet that goes straight through. I’m always wanting to make sure that whoever I am throwing to will catch the bag of peanuts."

The decision is most likely to prevent a lawsuit in case an unsuspecting fan gets hit with an errant toss ... but the Dodgers' 2022 ticket agreement seems to cover the team's ass in that event.

There's still hope for Roger -- there were similar peanut-throwing bans in 1976 and 1985 ... but they were later rescinded after fans got pissed. 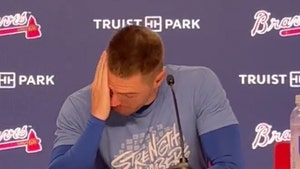 Dodgers' Freddie Freeman Sobs At Podium In Return To Atlanta 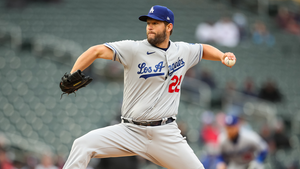